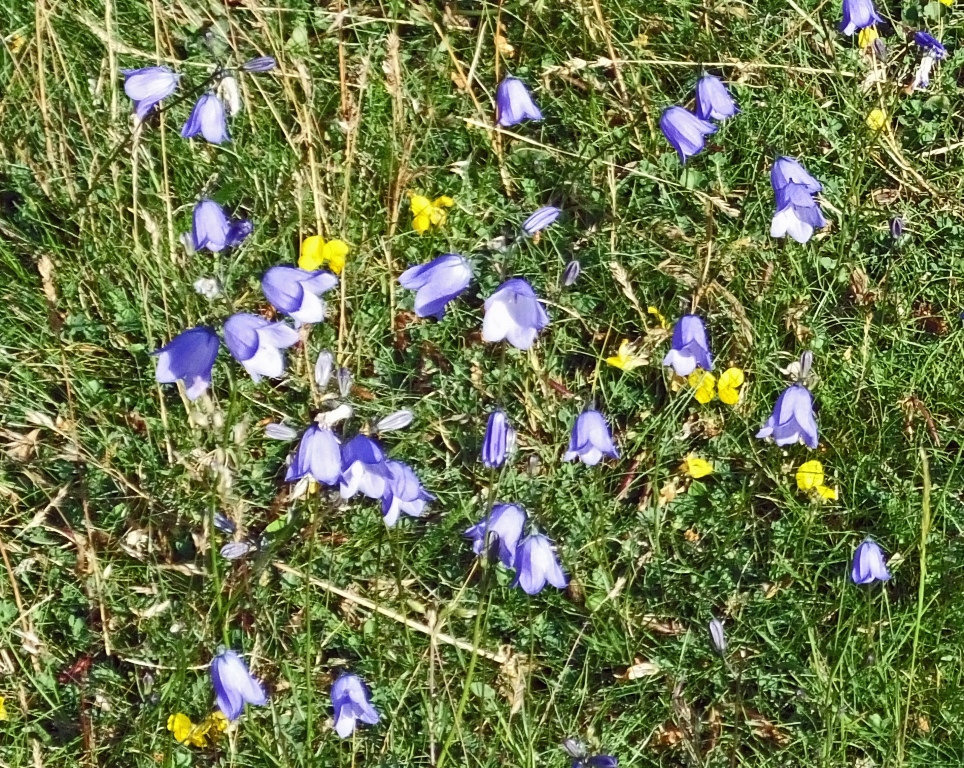 Campanula rotundifolia, the Scottish bluebell (harebell further south), is now coming into flower. It is common on dry, nutrient-poor grasslands and heaths and often colonises cracks in boulders or cliff faces. The two English names have been used alongside each other as in the traditional verse quoted in Flora Celtica ‘The heathbell, the harebell, old Scotland’s bell of blue,’ while Robert Burns,  who, as  a farmer, must have known many wildflowers, wrote of harebells.  More recently, Scottish Bluebell was the name of a best-selling brand of matches, popular when coal fires had to be lit every day. Unlike the bulbous bluebell or wild hyacinth, Hyacinthoides non –scripta, C. rotundifolia flowers are edible. 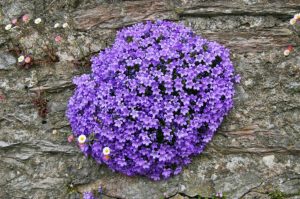 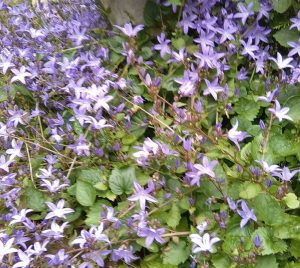 There are several other low growing bellflowers that do well in this country but are not native.  They grow in S.E. Europe thus the name Dalmatian or Adriatic bellflower for C. portenschlagiana. It and the slightly paler Trailing Bellflower, C. poscharskyana, are tough enough to seed themselves into cracks in walls or paving and so have become naturalised. In a rockery give them plenty of room as they will spread! These campanulas have several named garden varieties available in garden centres. 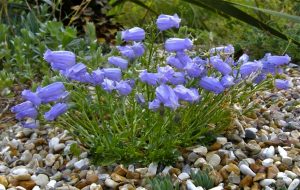 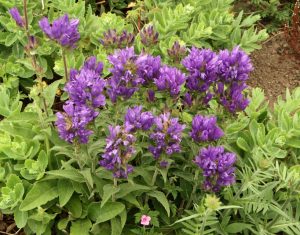 More dainty is the little C. cochlearifolia, sometimes called fairy thimbles.  It also likes to run around in a rockery or trough. A white form of this plant is available. There are some choice dwarf campanulas, such as C. pulla and C. zoysii, but as these need very sharp drainage they tend to be better in a trough or even cold frame or alpine house in winter to avoid excessive damp. Larger at around a foot tall is the native clustered bellflower, C. glomerata. This plant is also in cultivation e.g. the selected form ‘Superba’. 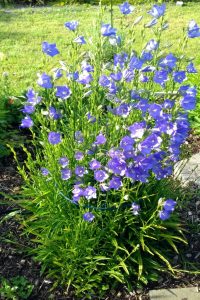 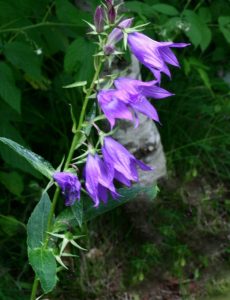 In all, ten campanulas are now naturalised somewhere in the UK. They include taller species like the peach-leaved bellflower, C. persicifolia and the even bigger (up to six feet and very robust) milky bellflower, C. lactiflora, which comes in several shades of blue as well as white.  Almost as tall, the giant bellflower, C. latifolia, is native to Scotland although this one is scarce. It is best looked for on riverbanks or wood edges. Less seen today is Canterbury Bells, C. medium, in white, pink or blue, with cup-like flowers and a saucer-like rim. It is a biennial so be sure to collect the seed to raise new plants. 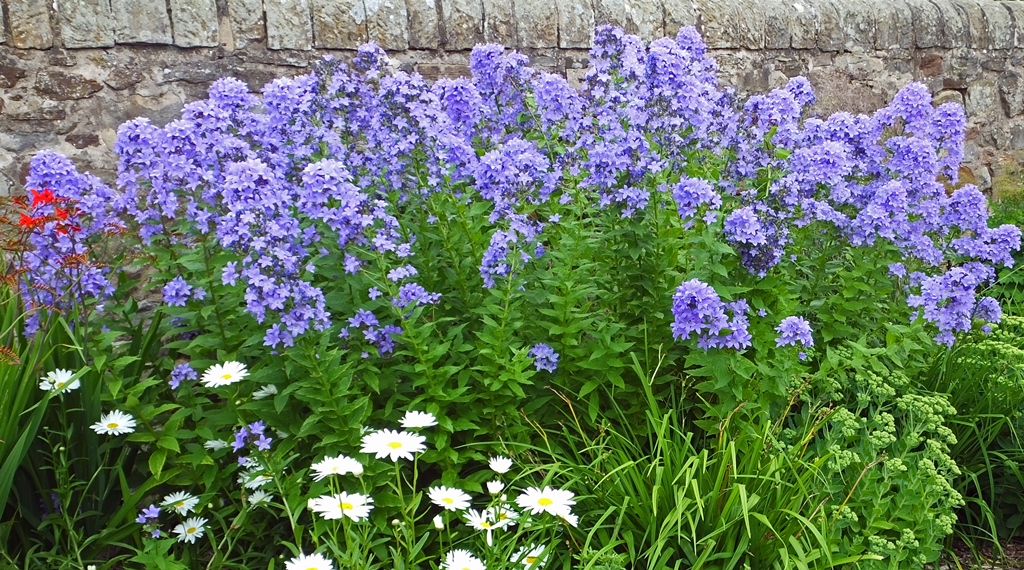 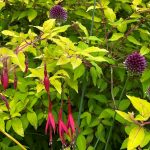 Tales from the Garden – July at RedcroftAnna Buxton, Blog