Dwarf rhododendrons:  the birds and the bees

Dwarf rhododendron are compact evergreen bushes that have showy flowers in a wide range of colours. They look good in containers, require minimal care and are susceptible to few pests. As they naturally grow high on mountains like the Himalayas, most are very tolerant of the wind which can damage large leaved rhododendrons. They are best in full sun as they can become leggy in shade.  They like an acidic soil or compost, mulch over their roots and hate to dry out. 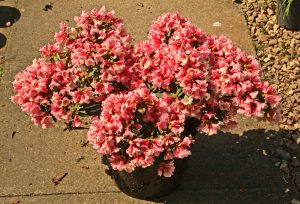 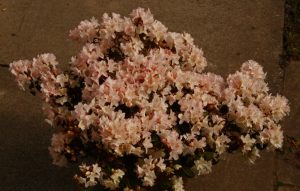 Warren Berg in Washington State, USA, who was also a keen beekeeper, named several of his plants after bees, notably: the yellow ‘Patty Bee’ and the very compact pink ‘Wee Bee’ as well as the very good pale pink ‘Ginny Gee’. 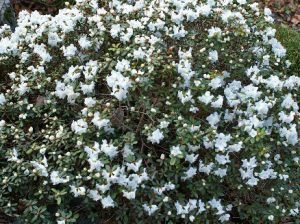 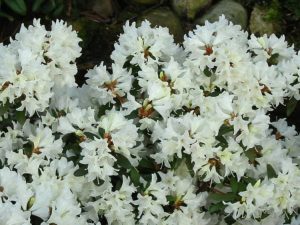 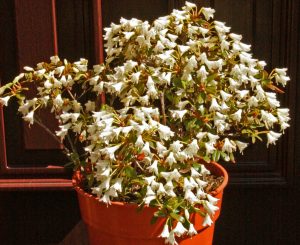 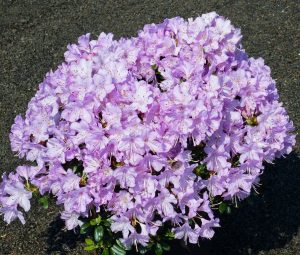 There are around 20 “bird” hybrids raised by Peter and Ken Cox at Glendoick on Tayside. Some of the best include the very early white ‘Ptarmigan’, the later white ‘Crane’, the very small flowered ‘Egret’, the very floriferous pale pink/violet ‘Snipe’,  the pink ‘Pintail’ and ‘Razorbill’,  the red ‘Quail’,  the lavender ‘Wigeon’,  the yellow ‘Swift’ and ‘Curlew’ and the popular (and appropriately small) yellow ‘Wren’. Not all birds are from Glendoick. The well-known ‘Blue Tit’ came from the Waterer nursery and the white ‘Arctic Tern’ was raised by another American grower, H L Larson. 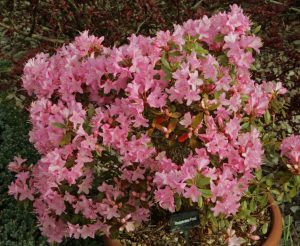 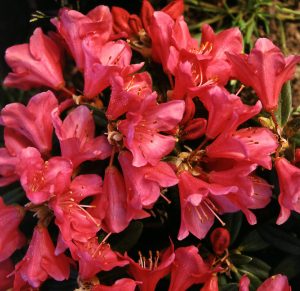 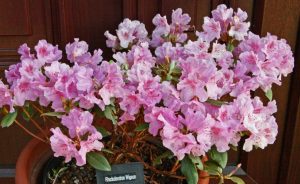 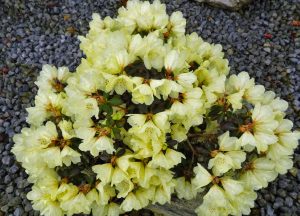 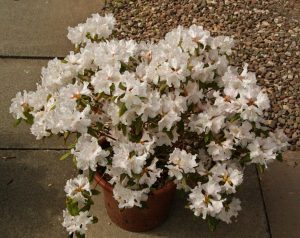 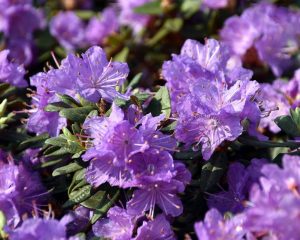 Several of these plants along with some other ericaceous shrubs can be seen in one of the Caley’s display beds in Saughton Park. Make sure you pop in for a visit when it is deemed safe to do so. 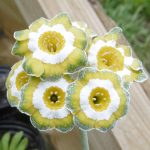 The last of the AuriculasPlants in Season 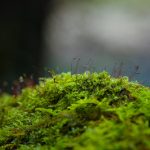