Another week of mild weather and on some days wall to wall sunshine.  The temperatures in the cold greenhouse have been up into the high twenties Celsius at which point the vents are opening. 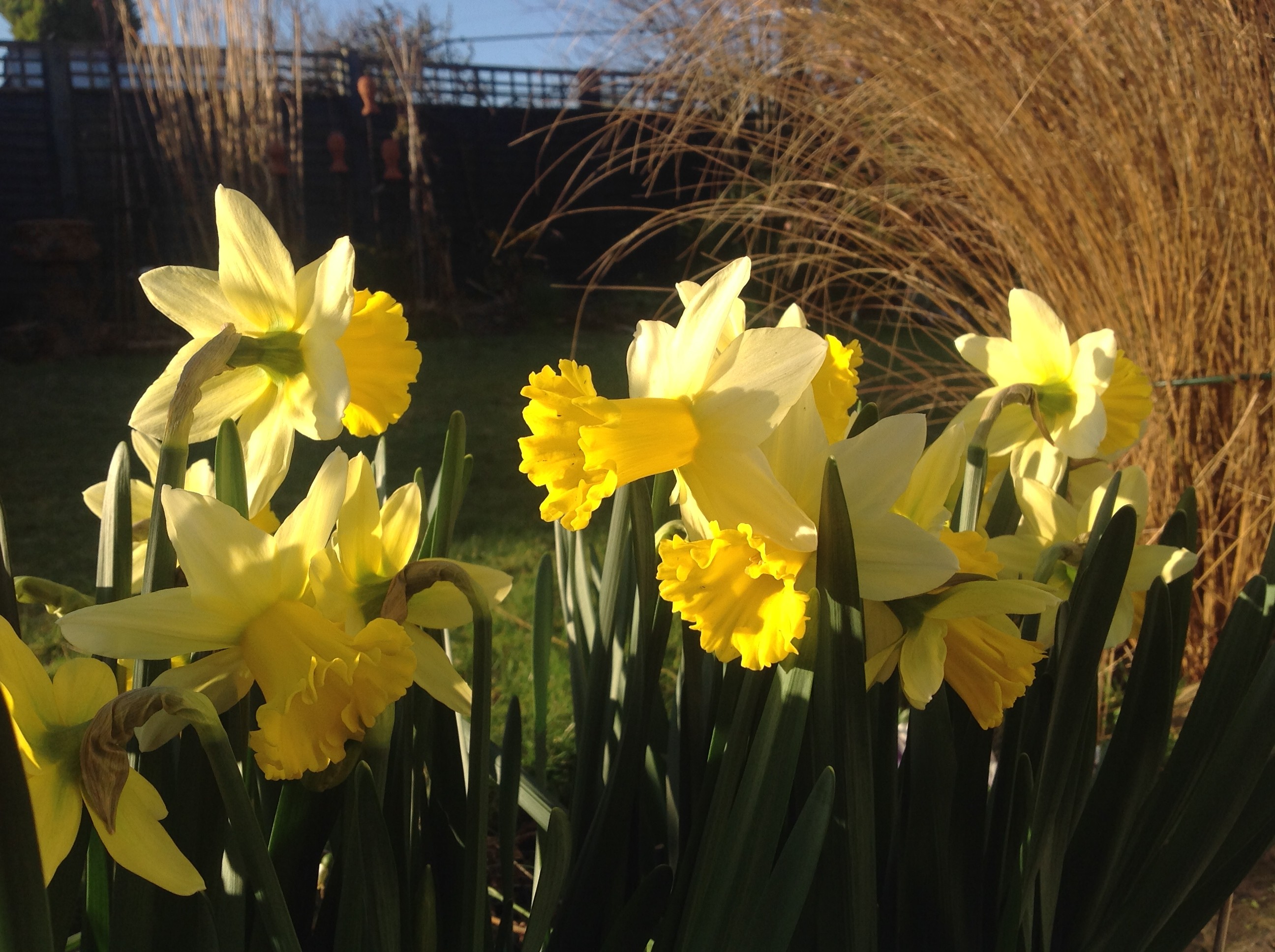 The tulips are starting to show their flower buds and Mrs A has been diligent at turning the pots every day to try to get even growth.  With two weeks to go the tulips should just about be at the right stage. 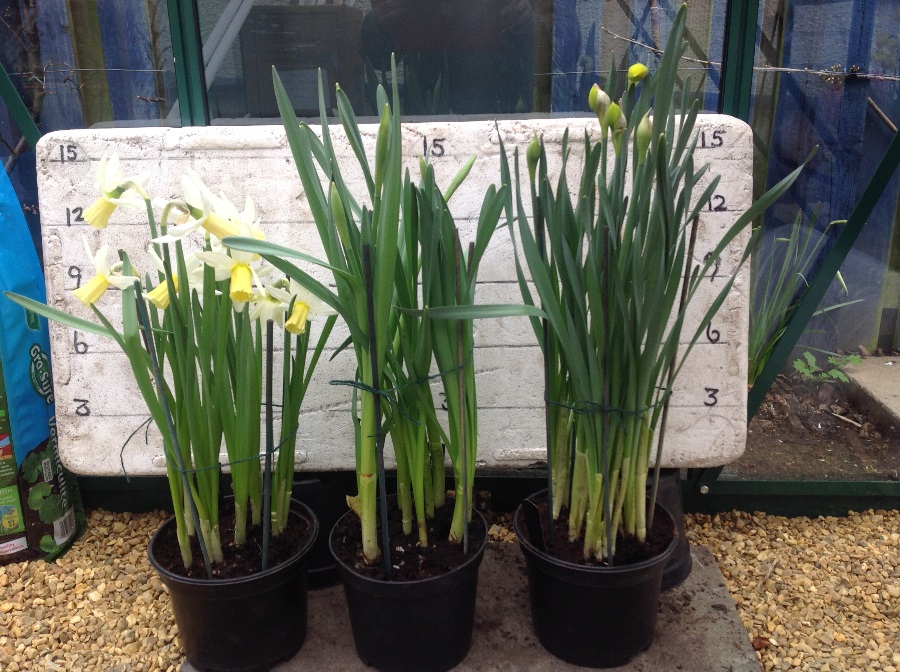 The Narcissus on the other hand are a mixed bunch this year, Goldfinger, Fragrant Rose and John Daniel are all a bit slow and sparse  and their flower buds are very uneven. They had to be brought into the house and the extra night warmth to see if it would kick them on a bit. Strange really as many of my other pots have been quite even and moderately  well flowered. 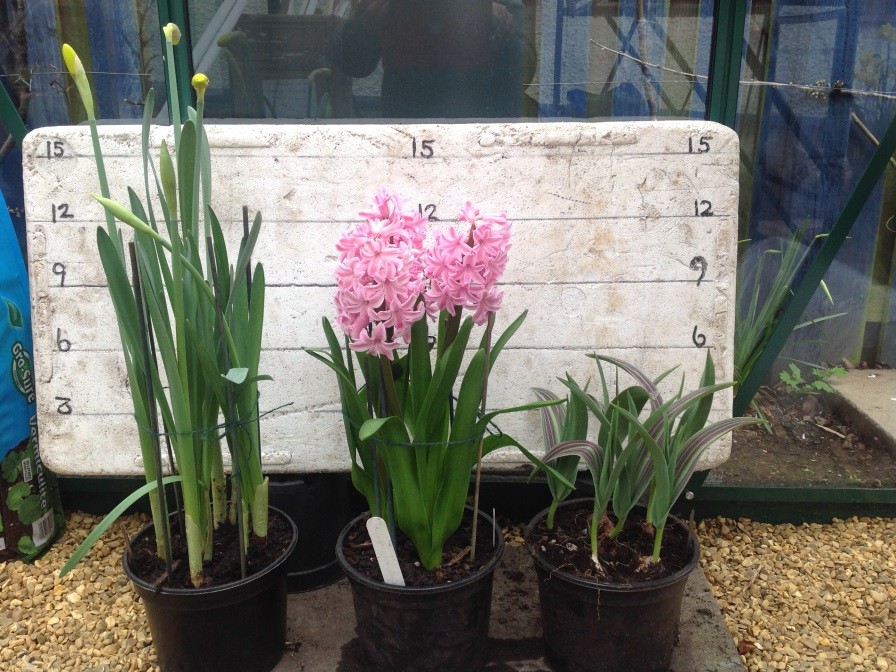 I know that I am not as good at producing  even pots of daffs than other members of The Caley.  The current years lot are poor but will be going into the show nonetheless.  The pot of Emcys ( the Cycalamineus type Div6) is the best of the lot and showing flower colour now as is the pot of John Daniel the div 4  Double.

Meanwhile the pots of daffs for cut flower have been dispersed to various corners of the Anderson Estate in order to either hasten their development or keep them back. Some are in the sunshine others in various degrees of shade. 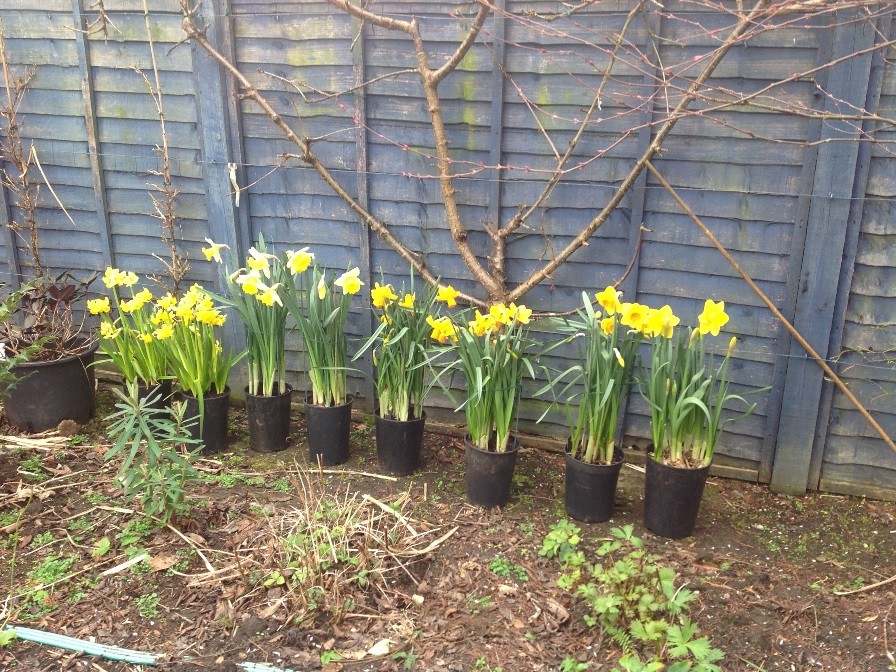 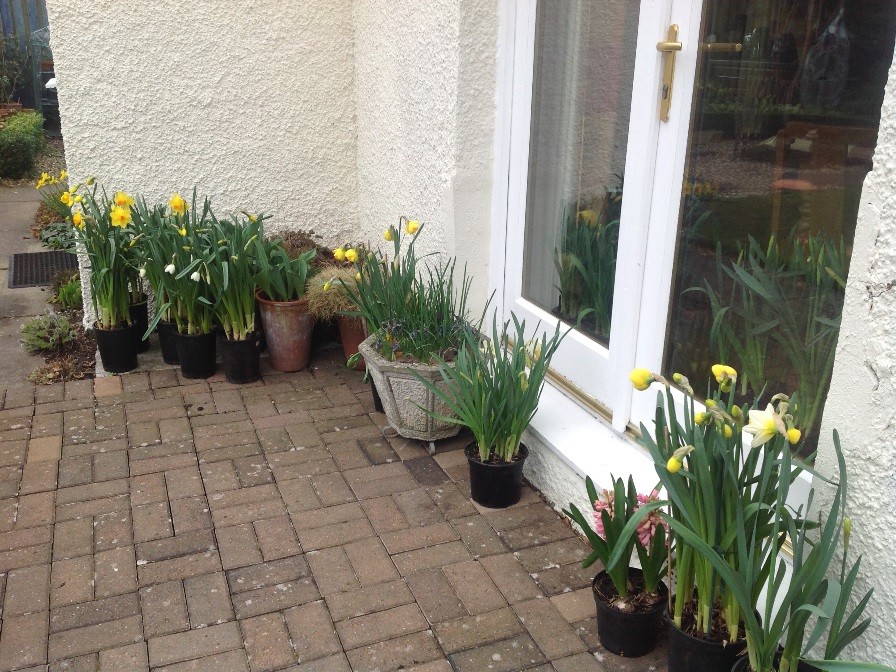 The hyacinths have all been staked to keep the flower stalks as straight as possible and the pots of Guiseppe Verde Tulips have been shunted to the nort side of the house in an attempt to keep them cool. 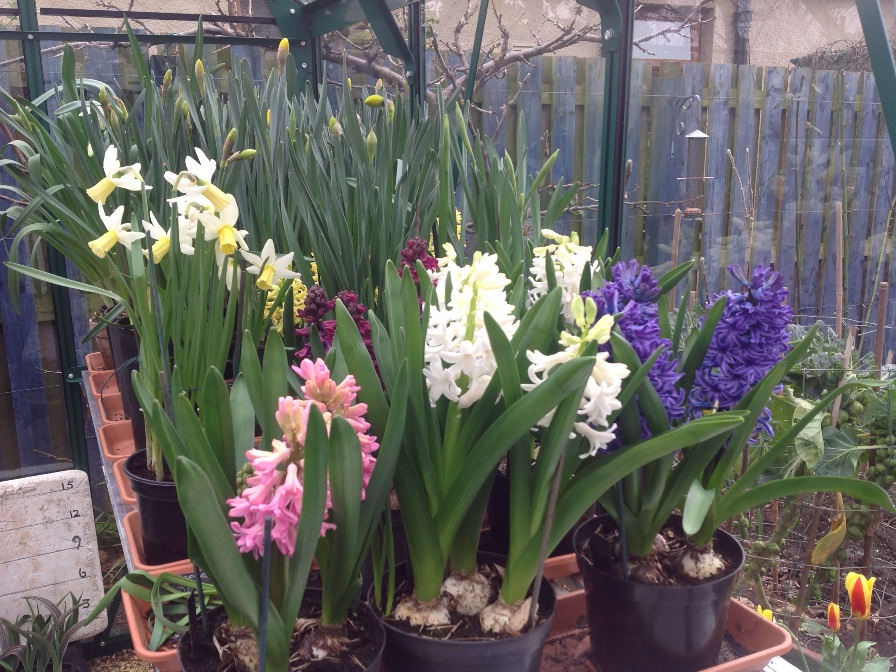 Time will tell whether or not I  have sufficient to show but at the moment it looks OK.  If all else fails perhaps there will be some blooms to cut from the garden and allotment or maybe I would be permitted to show photographs