There is a huge variety of plants to provide late summer colour. Many are in the aster/daisy family. Michaelmas daisies are traditional herbaceous border plants.  Many of the older cultivars are very prone to mildew, need staking and not worth persevering with.  Several others in this family have yellow or reddish-brown flowers such as Rudbeckia ‘Goldsturm’, Helenium ‘Moerheim’ and Coreopsis cultivars. Also in the daisy family, but usually mauve, is the cone flower Echinacea and the taller purple Eupatorium, which prefers slightly damp conditions. Erigerons are very good at the front of the border.  Good examples are the small but abundantly flowered E. karvinskianus or the large cultivar ‘Sea Breeze’.

As a contrast the Crocosmias (formerly montbretias) have iris shaped leaves and sprays of flowers. As well as the old orange forms, there are other colours available such as the bright red ‘Lucifer’. Hemerocallis also have strap like leaves and are still in flower. They grow anywhere and are available in a range of colours. In sunny and well sheltered spots try some of the blue Agapanthus. The deciduous varieties are usually hardier than the evergreens. The tall Anemone japonica (from China not Japan,) available in colours from white through pink, gives yet more contrast in leaves and flower form. Later still are the pink and red forms of Hesperantha which many still know as Schizostylis.

Many grasses are at their best as the flowering stems mature. Some look better on their own rather than mixed with other plants but do experiment to see what you prefer.  Pampas grass, Cortaderia selloana, is the biggest of them all though dwarf forms are available. Stipa gigantea is also fairly tall and an elegant grass. Smaller but still graceful as they move in the wind are Stipa tenuissima ‘Pony Tails’or Hakonechloa.

Some shrubs incorporate well into largely herbaceous borders. The butterfly bush Buddleja comes in a series of colours from white through to deep purple. They can be treated as herbaceous by cutting the older branches hard back at the end of autumn.

Sedums like ‘Autumn Joy’ are all good late summer plants; some are attractive to bees, but butterflies seem to have trouble accessing some cultivars.  Coloured leaves can add interest like the very easy to grow felt grey lamb’s lugs Stachys byzantina, while the red low growing Persicarias like ‘Darjeeling Red’, are also good at the front of a bed.

Specialist nurseries offer a much wider range of these plants and are always worth a visit or a look at their websites. One advantage of perennials is that most divide very easily allowing gardeners to bulk up their own beds or share with friends.

Why not pay a visit to Saughton Park in Edinburgh to see the impressive range of plants in the herbaceous borders.  They might just provide the inspiration that you need. 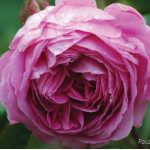 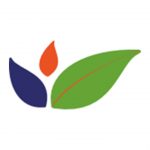