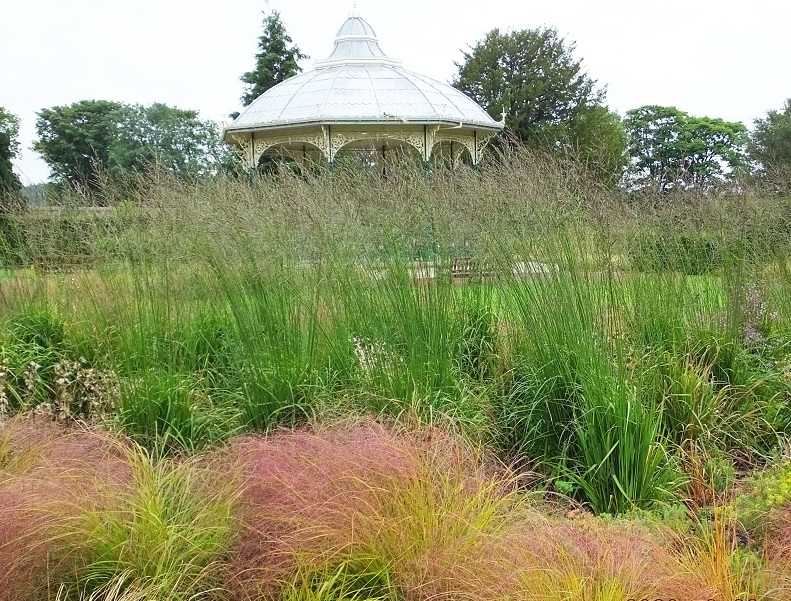 Grasses set off the Saughton Bandstand

Regular visitors to Saughton Park will know that one area of the park is planted, largely, with ornamental grasses. Ornamental grasses have seen a steady rise in popularity.  They are particularly good for bringing movement and texture to gardens for much of the year. They can be grown on their own, combined with herbaceous perennials in mixed borders, used as focal points and do well in gravel and exposed gardens.  The feathery flower heads appear in summer and autumn. They don’t have the bright colours of many flowers as, being wind pollinated they don’t need to attract insects, but are still very attractive.  The stems, foliage and seed heads often last, providing structure well into winter. Most grasses like a sunny, open spot in a fertile, moist but well drained soil. In shade, they struggle to flower and eventually weaken. They will not tolerate either waterlogged or very dry soils. 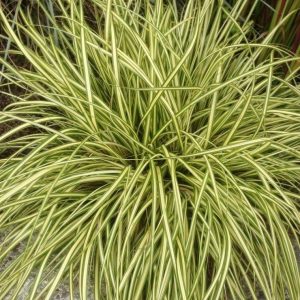 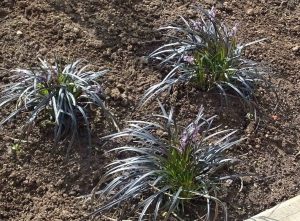 Some of the plants sold as ‘grasses’ in garden centres are actually sedges, which prefer moist conditions e.g. any Carex or the ‘black grass’ Ophiopogon nigrescens. Bamboos are true grasses though many make rather large clumps, and some are notorious spreaders. Many of the grasses now sold are selected forms of our wild species.  Of the smaller grasses, the grey blue forms of sheep’s fescue such as Festuca ‘Elijah Blue’ are popular though they do tend to lose colour with age. The golden Hakonechloa aureola is another relatively low growing type. A little taller and very attractive in the wind are the ponytail grass, Stipa tenuissima, and its relative, the pheasant grass, S. arundinacea (now renamed Anemanthele lessoniana). 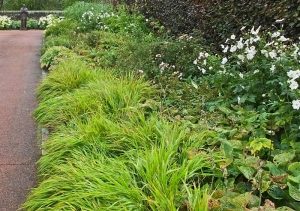 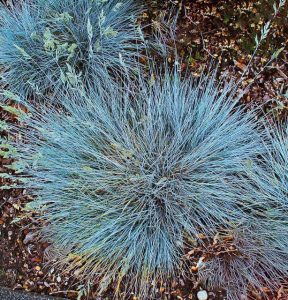 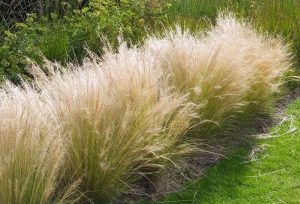 Taller again is the graceful Deschampsia cespitosa, the tufted hair grass. Other very good middle height grasses are the many forms of Miscanthus and Calamagrostis.  The golden oat grass, Stipa gigantea, as its name suggests, is around 5-6 feet in height. Sometimes called the giant reed, Arundo donax can reach even higher. As a Mediterranean species it is not good in very cold sites.  The plumes of some pampas grasses can reach 15 feet and look out of scale in small gardens, but forms such as Cortaderia selloana ‘Pumila’ are only around five feet tall. 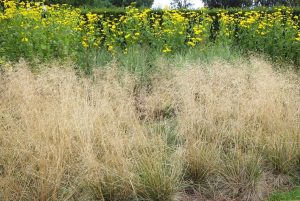 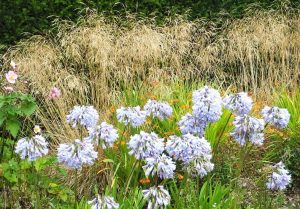 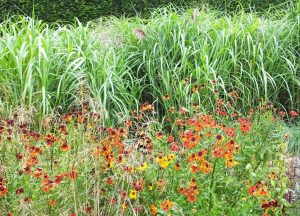 Be careful when handling some grasses as the leaves can cut unprotected hands. Grasses are low maintenance plants and are usually pest and disease free.  Cut back the old flower stems when they are no longer attractive and no later than early spring to allow new growth to push through. With deciduous types also cut back all the old growth. With evergreens, just tidy them up. You can divide clumps to make new plants. 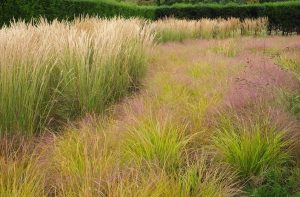 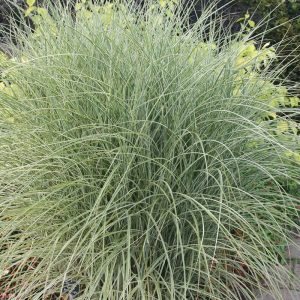 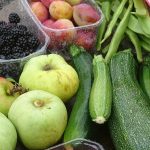 Harvesting on the AllotmentAllotment, Blog

A busy time on the AllotmentAllotment, Blog