Sandy Scott has been contributing to public horticulture in Aberdeen for 40 years. He started gardening aged 14 in a local nursery then became an apprentice gardener with Aberdeen City Council in 1979, serving his time in Amenity Horticulture.  He steadily progressed through the posts of charge hand, supervisor, and then became area officer responsible for over 100 staff managing to gain his Institute of Leisure and Amenity Management Diploma on the way.

His last post before retirement, was to head a team developing strategies for the city’s parks and open spaces, including the Duthie Park Heritage Lottery Fund restoration project and Hazlehead Park, Scotland’s first Climate Change Park, and the location for two superb rose gardens. He was heavily involved in the change of emphasis within Aberdeen Parks dept which saw a reduction in traditional labour-intensive displays of seasonal bedding to more emphasis on partnerships with local community groups in the city; there are now nearly thirty of these groups. He has also encouraged schools and other youth groups to use the parks.

He chaired Aberdeen’s allotment forum and sits on many friends and community groups. He is often asked to give talks on Aberdeen’s heritage of parks. 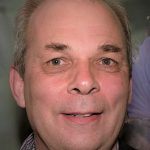 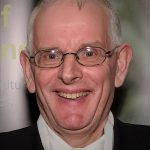