Andrew was born and educated in Glasgow.  Andrew studied and trained to be a technical teacher and, after graduating, obtained a post at Broxburn Academy, where he spent his entire teaching career.

Andrew had an interest in growing fuchsias which increased when he joined Central Scotland Fuchsia Society and the British Fuchsia Society in the 1970s.  For many years he was Secretary of CSFS.  He became a National Judge of the BFS and travels extensively to judge at many shows.  He was also a long-time manager of the BFS Scottish Show and still takes an active part in ensuring that it runs smoothly.

Andrew is also a committee member of Polmont Horticultural Society.  He enjoys sharing his vast knowledge of fuchsia cultivation and his other interest, Streptocarpus, by giving regular talks to other societies and organisations.  Another fuchsia related interest developed when he received a thank you card with a fuchsia on it, thus starting more than 30 years enthusiasm for collecting fuchsia lore.  The collection has been much admired when displayed at various shows and talks around the country. 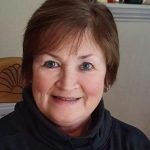 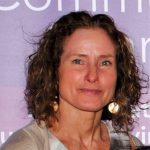