A little over 30 years ago, Elizabeth and husband Alasdair moved to Ellenbank, near Kirkcudbright in Galloway, southwest Scotland, to start a nursery and garden. Now renowned for both growing and breeding plants, Elizabeth first discovered her passion for horticulture while studying art in Warwickshire. During this time, she acquired her first garden and very quickly realised she wanted to work with plants professionally. As an amateur gardener, she started doing a little hybridising, which she found interesting, realising just what was possible.

After completing horticultural courses at the Garden House in Devon, Elizabeth began her professional gardening career. She started with a small collection of violas, of which she was rather fond, selling the plants via mail order. This encouraged Elizabeth, and eventually she and Alasdair acquired Ellenbank, which had a small walled garden in which to grow and test plants and enough space for a nursery. The couple’s son, John, now helps run the thriving business. In the days before the internet, horticultural shows were a particularly important way of promoting a nursery, and Elizabeth quickly honed her skills as an exhibitor, raking in no fewer than nine gold medals in nine consecutive years from 2003 to 2011, as well as an award for Most Creative Display in the RHS Floral Marquee in 2004 and Best Exhibit in 2007.

She has made a significant contribution to Scottish Horticulture as plantswoman, plant breeder and nursery woman for over 30 years, providing top quality plants grown in Scotland and has an outstanding knowledge of, and an eye for, exceptional and interesting plants. 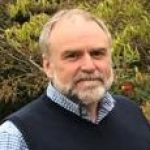