Pam moved to Scotland in 2001 to become Director of Health Improvement for the Scottish Government. Her most important criteria when looking for a house was a decent sized garden.  She soon joined the Caley and became an enthusiastic exhibitor at the Spring Show. Pam was elected Caley President in 2011 and served until 2016. Under her energetic presidency, the   Caley Council held development days and subgroups were formed to take the society forwards while the website was further developed. She firmly believed the Caley should continue its 200+ year contribution to Scottish Horticulture with a strong emphasis on education in its widest sense. A strong supporter of Grow & Learn, she did much to progress bids for Lottery funding and the programmes subsequent development. In 2016 she successfully led the Caley’s partnership bid with the City of Edinburgh Council for £4 million Lottery funding to restore Saughton Park and provide a home for The Caley.

She promotes Saughton as an educational facility for Scottish horticulture as well as leading hands-on work sessions with Caley volunteers in the garden. Always looking for new challenges she is now fundraising for a large glasshouse to further the educational work. She is convenor of the spring show and a keen and successful grower of daffodils and auriculas. She has put in a prodigious amount of work for the Caley and continues as a tireless ambassador for the Society and for Scottish horticulture. 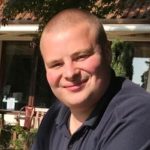 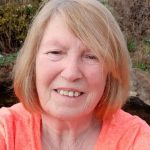