Peter has worked in horticulture for 46 years. He started as an assistant greenkeeper at Royal Lytham & St Annes Golf Club. After completing a City and Guilds certificate and diploma at Askham Bryan College in York, Peter moved to Dundee City Council and worked as a technical assistant, horticultural officer, principal business development officer, and finally environmental asset manager, a position he retired from in September 2019. Peter invested much of his working life and leisure time in all aspects of horticulture. He led on major council greenspace improvement plans and projects, Beautiful Scotland and Britain in Bloom competitions and has transformed the Dundee Flower and Food Festival from a local gardening show into a three-day horticultural extravaganza in his role as festival organiser. Peter has given exceptional support to the festival and his enthusiasm, ideas and expertise have helped shape the festival’s unique identity over the last 30 years.

Peter has been the foundation upon which all things environmental, horticultural and community have been built over many years both in the council and more widely in Dundee. Peter’s long involvement with the Beautiful Scotland and It’s Your Neighbourhood campaigns, initially as an  entrant and later as an assessor for Keep Scotland Beautiful, are based on the belief that such involvement can inspire and motivate a community to make the best of their environment. Before his retirement, Peter also led on the Keep Scotland Beautiful Green Flag and Seaside Awards for over 20 years. In his own time, Peter assesses both IYN and Green Flag parks, gently passing on his enthusiasm and expertise, inspiring communities and individuals to showcase their local projects and talents.

An unassuming and much-loved leader, Peter is the embodiment of commitment to the public horticultural sector. His knowledge and passion for horticulture will be sorely missed by his team and all the community groups he supported. 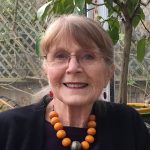 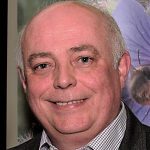