Tom is dedicated to his garden and encourages others to participate in gardening no matter what the size of their outside space. He has developed his garden over the last ten years into three areas. A traditional front garden laid out in lawn and borders; nothing unusual here other than the extensive plant range. This leads to the back door where you will find over 240 pots and containers.  Here Tom grows a wide range of plants from bulbs to herbaceous perennials, demonstrating what can be achieved in a courtyard garden. The rest of the garden is laid out as a cottage garden where many old and forgotten herbaceous plants flourish, no doubt due in part to the compost which he produces himself. He has over 680 different plants in the garden.

Tom opens his garden under the Scottish open gardens scheme which attracted over 160 visitors in his first year, raising £1000 for charity.  Tom and his garden were featured on Beechgrove in 2019 and also featured in the Scottish Farmer magazine. Tom has glaucoma and problems with his sight but is determined to encourage others to use gardening as a hobby and as a self-help therapy. 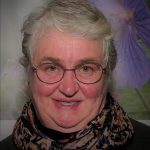 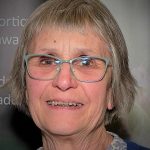