Willie grew up on his family small holding in East Lothian but on leaving school took up a career in engineering at BP Grangemouth. Early retirement allowed him to move back into horticulture on the five-acre garden on the Gargunnock Estate where, for 15 years, he cared for and extended a notable collection of rhododendrons, as well as many other specimen plants and trees. The high standard of maintenance meant that the garden was regularly open to the public and for charities such as Scotland’s Gardens Scheme.

Willie, who describes himself as a “rhodoholic”, has been an active member of the Scottish Rhododendron Society for over twenty years and has supported its activities in many ways. As a relatively new committee member of the SRS at the time, he willingly stepped-up and took on the roles of Secretary & Treasurer for around ten years, which initially was a major learning curve in terms of organising committee meetings, Annual General Meetings, together with generating the Society’s accounts and interfacing with the Charities Section of the Inland Revenue.

He has arranged for Gargunnock Garden to be opened for the benefit of members on many occasions, and freely shares his knowledge, expertise and enthusiasm. He has been plant-hunting in the Himalayas, raised plants from wild-collected seed, and has been Chair of the SRS Seed Exchange for many years.

Willie has been an active member of the Rhododendron Species Conservation Group and has been involved with the propagation and raising of plants for establishing rhododendron species ex-situ collections in ‘safe’ locations. These include Glenbranter Glen, Corrour Estate and more recently Gargunnock East Glen that is leading the establishment and planting of a new collection. 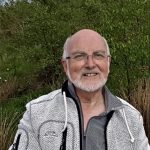 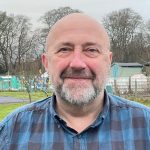