Still busy on the Allotment

After the rain and winds, the raspberries were rather soggy and there were plenty windfall apples but there are still more of both waiting to ripen. The windfall apples do not keep as they are bruised in the fall, even if there is no apparent surface damage, so it is time for stewing and freezing, yummy apple crumbles and bramble & apple pies.

The sweetcorn is now over, and there have been a few half ripe cobs but those that are left are now rotting with the rain, so it is time for them to be dug up. Growing sweetcorn is always a chancy business for us but we do keep trying since the rewards are so tasty. 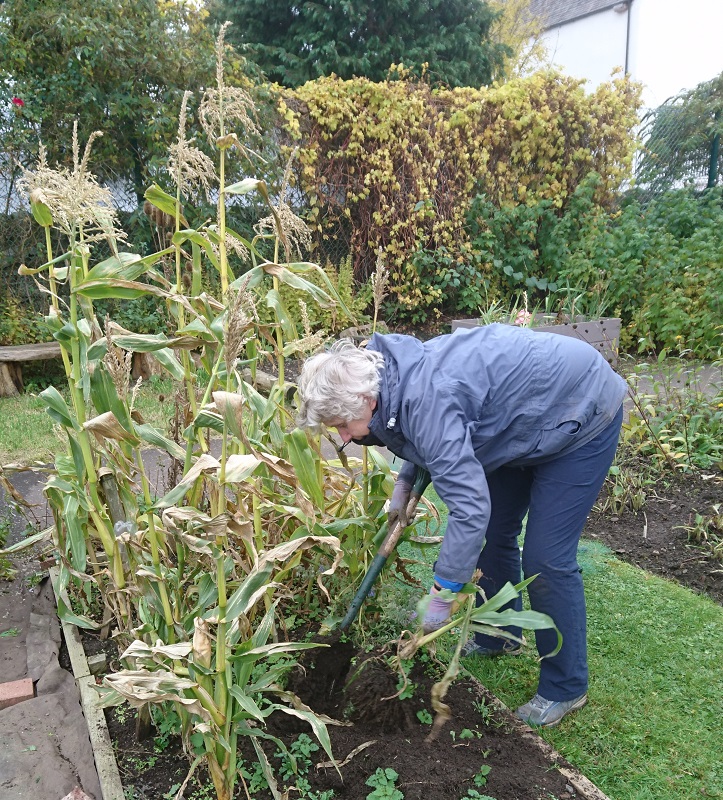 Digging up the sweetcorn

We have put down some old plastic and weed-suppressing matting on the paths which have been weeded. We shall need to check every so often for flatworm but better that than the work needed to keep the paths clear.

The first bonfire of the season got rid of all the prunings and tidied up the plot, with the ash, which is high in potash, spread around the fruit trees. The broad beans planted a few weeks ago are in flower and were given stouter stakes to see them through the winter winds. The runner beans are now finished but we can look forward to the winter veg which are all growing well and will give us pickings until the spring comes round again. 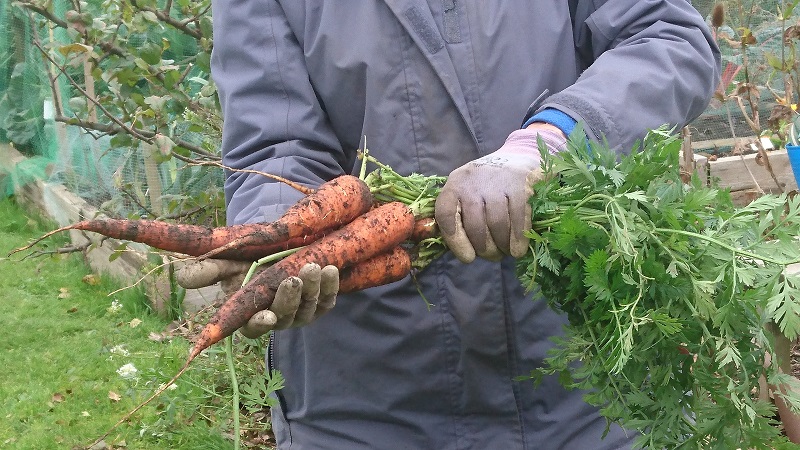 Last of the carrots 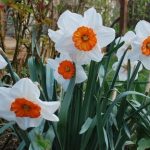 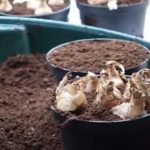