Tales from the Garden – November at Redcroft

The latest update from Redcroft, Anna’s beautiful Edinburgh garden.  As you can see, there is still plenty of interest in the garden despite the change in the weather.

Here in Edinburgh we have had a very good autumn with wonderful leaf colour, a huge crop of apples and plentiful berries. So far we have had no damaging frost and there are quite a few plants which are still going strong when they might have retired by now. Others, hebes for example, and one or two rhododendrons, are ahead of the game and already a few spring flowers are showing. 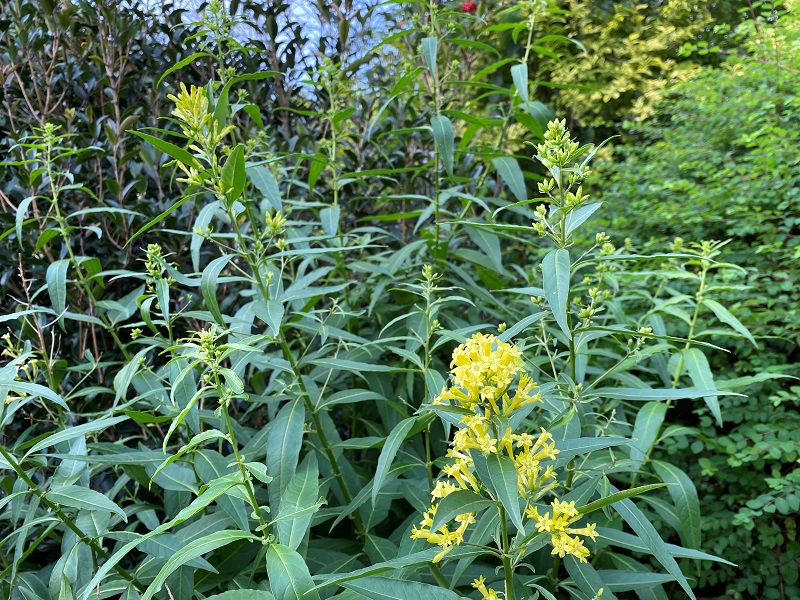 This is Cestrum parqui which you don’t see very often although it was introduced from Chile in 1787 and is easy to propagate. It is not quite a shrub and although it gets cut quite far back in the winter, you couldn’t call it herbaceous either.   It doesn’t seem to have a very specific time of flowering as another clump of it that we have here started flowering much earlier. It puts on a lot of new growth and at the end of almost every new shoot it flowers like this.  It is in danger of being caught by the frost but for now it is a pleasure to have these newly emerging flowers. 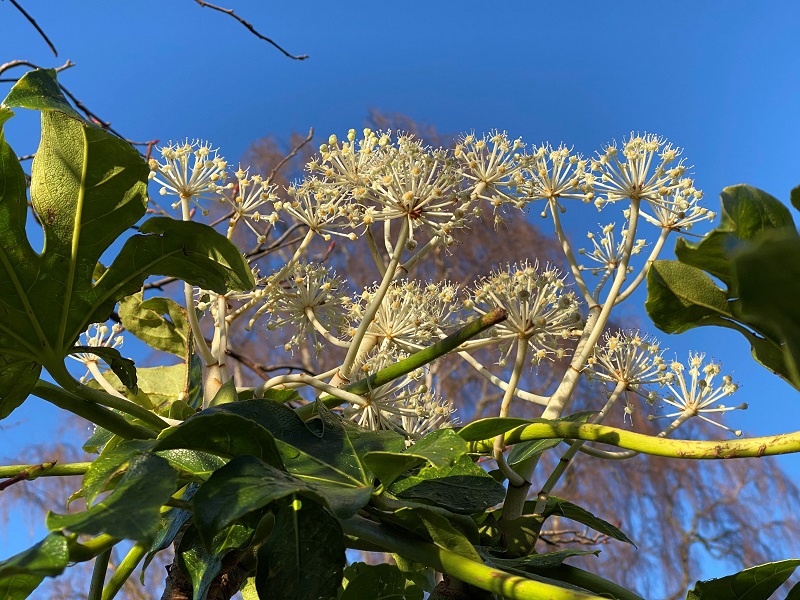 I have never been very fond of this group of Fatsia japonica as it often has dead branches which have to be cut hard back. It sprouts well from these cuts, but has not made an orderly clump. Graham Stuart Thomas though is a fan, as he says ‘it is a wonderful shrub for sun or shade …  An indispensable plant for contrast in the larger garden.’ It is the leaves which are spectacular, and these flowers have come as a surprise this year and can apparently be easily browned by the frost. They are quite similar to the flowers of ivy, giving a clue to the fact that they are relations, both being members of the Araliaceae family. 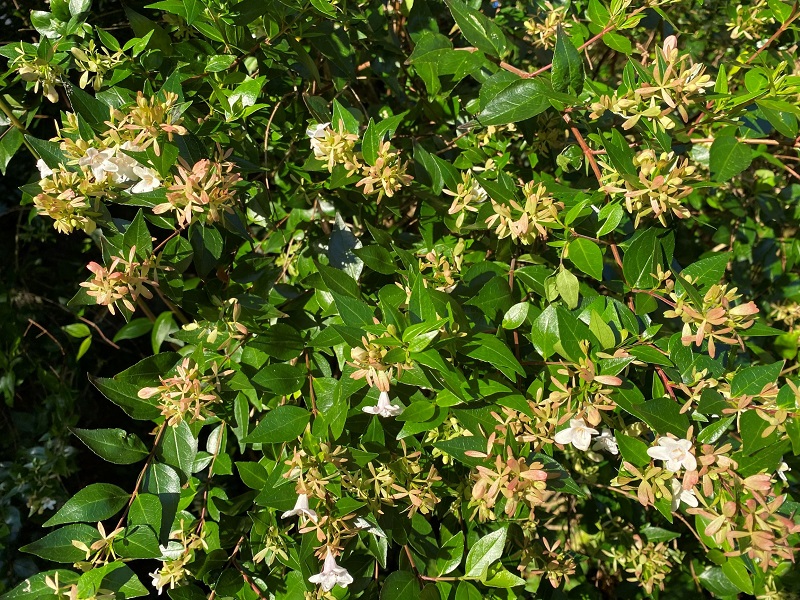 This shot of Abelia grandiflora shows how attractively it goes over with the pink sepals remaining after the flowers fade.  It is a Mediterranean shrub and not really suited to this climate. It flowers very late here, and it is often too cold to enjoy its beautiful scent. 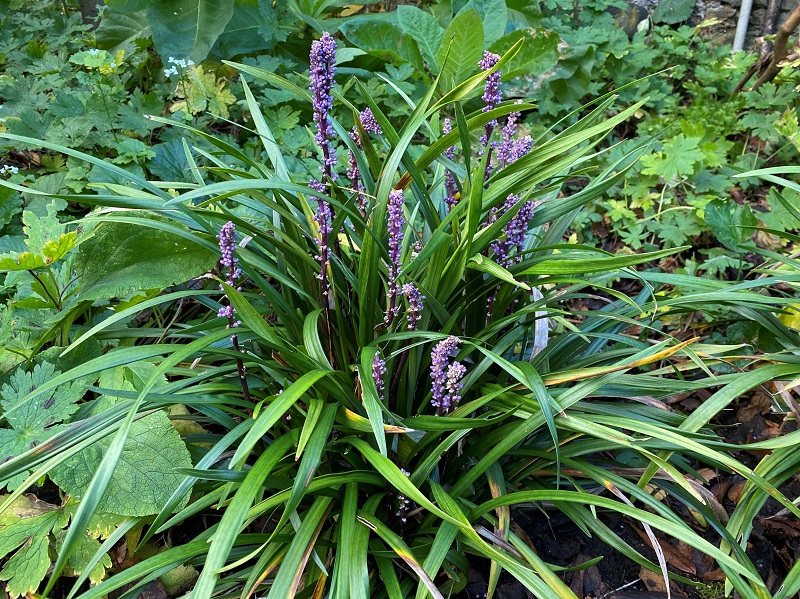 Liriope muscari is a very good winter plant and flowers happily here in good soil and partial shade. The flowers last for ages and its leaves form a grass like clump, useful for ground cover or the front of a border as here. 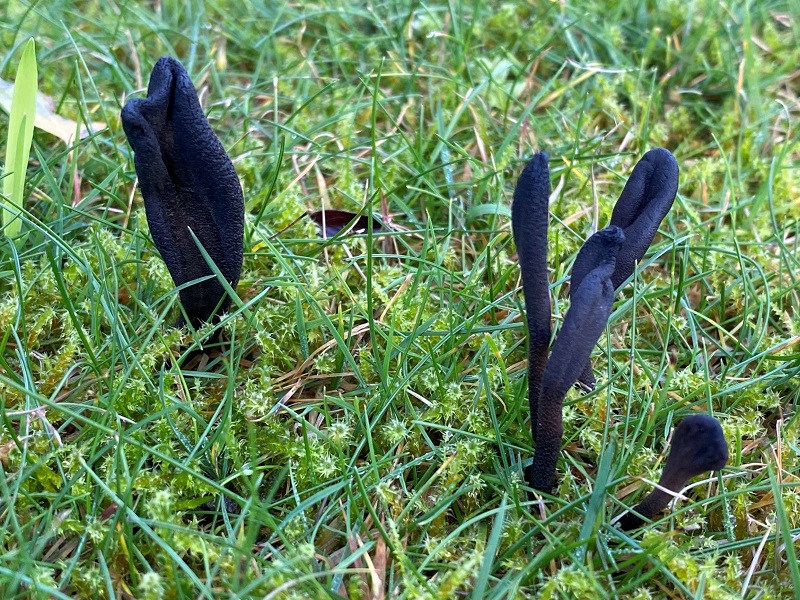 These mysterious black ears have emerged on the lawn. With the help of a pamphlet on Scottish Fungi from Plantlife I have discovered that they are Earthtongues and are to be found on unimproved grassland – not much of a compliment to our carefully tended lawn! 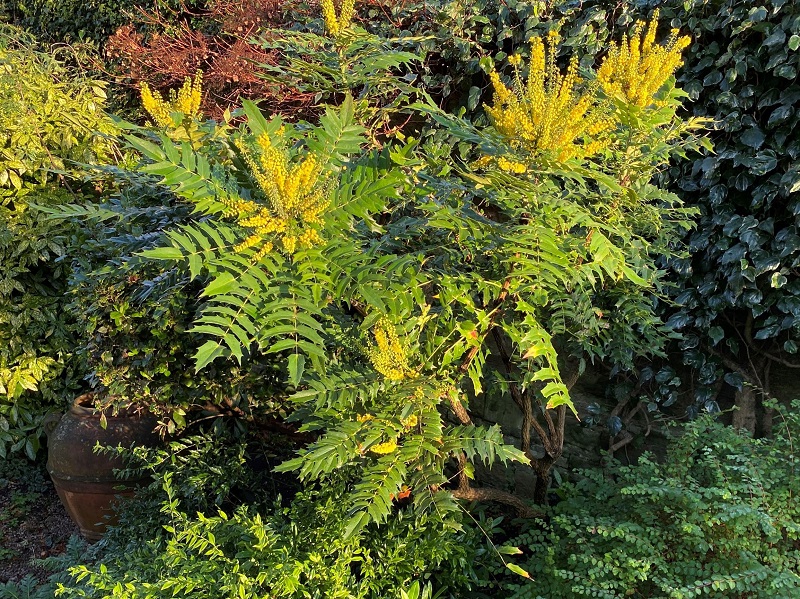 Mahonias are one of the mainstays of winter and look good through the worst of weather.  The first to flower here is this M x media ‘Lionel Fortescue’ (AGM) which grows conveniently tall next to the road wall.  After flowering one or two of the flowering stems are cut back in order to prevent it getting any more leggy.  It provides a cheerful note at this time with the same bright yellow tint as the winter jasmine which grows nearby. 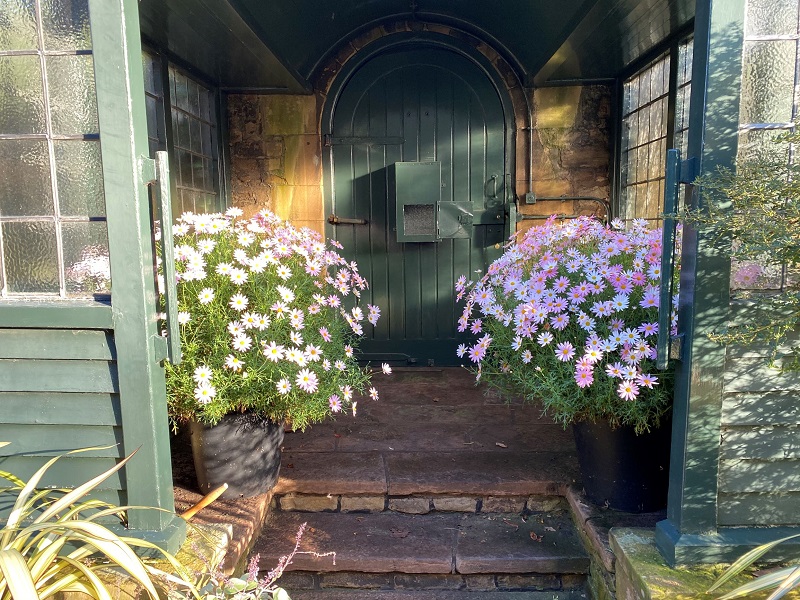 These pink Argyranthemums were on the patio on the garden side of the house and I have mentioned them in the blog before. Here they are put to a different use. We have moved them to the porch to avoid the frost and they give a pink welcome to anyone coming in from the road and perhaps convey the message that plants rule to those who squeeze past them. 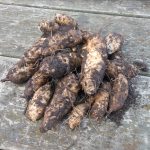 Chilly days on the AllotmentAllotment, Blog 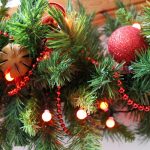