The Need for Nettles

The stinging nettle, Urtica dioica, has hollow stinging hairs on the leaves and stems that act like hypodermic needles, injecting histamine and other chemicals on contact. The tiny flowers, held in dense clusters in the leaf axils, are wind pollinated. It spreads both by abundant seeds and by rhizomes, and can re-establish quickly after fire. It likes fertile and disturbed ground so is a successful coloniser in gardens, on agricultural land and development sites.

The plant has a long history of use in traditional medicine, food and textiles.  It is highly nutritious; cooking gets rid of the sting, so it was often used in soup or stews.  Rolling in nettles was a folk remedy for rheumatism!  Nettles have been used to make clothing for 3,000 years. German Army uniforms were almost all made from nettle during World War I due to a shortage of cotton. In World War 2 in this country children collected them to produce a green camouflage dye.

Nettles are sometimes used in cheese making, for example Cornish Yarg.  Since 1986, in the annual World Nettle Eating Championship in Dorset, held as part of a charity beer festival, competitors try to eat as many as possible in an hour!! 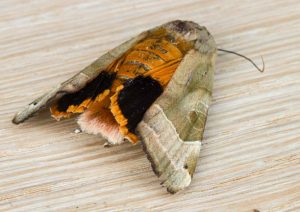 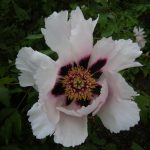 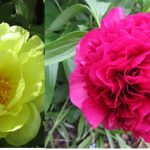 Paeonia in profusionBlog, Plants in Season