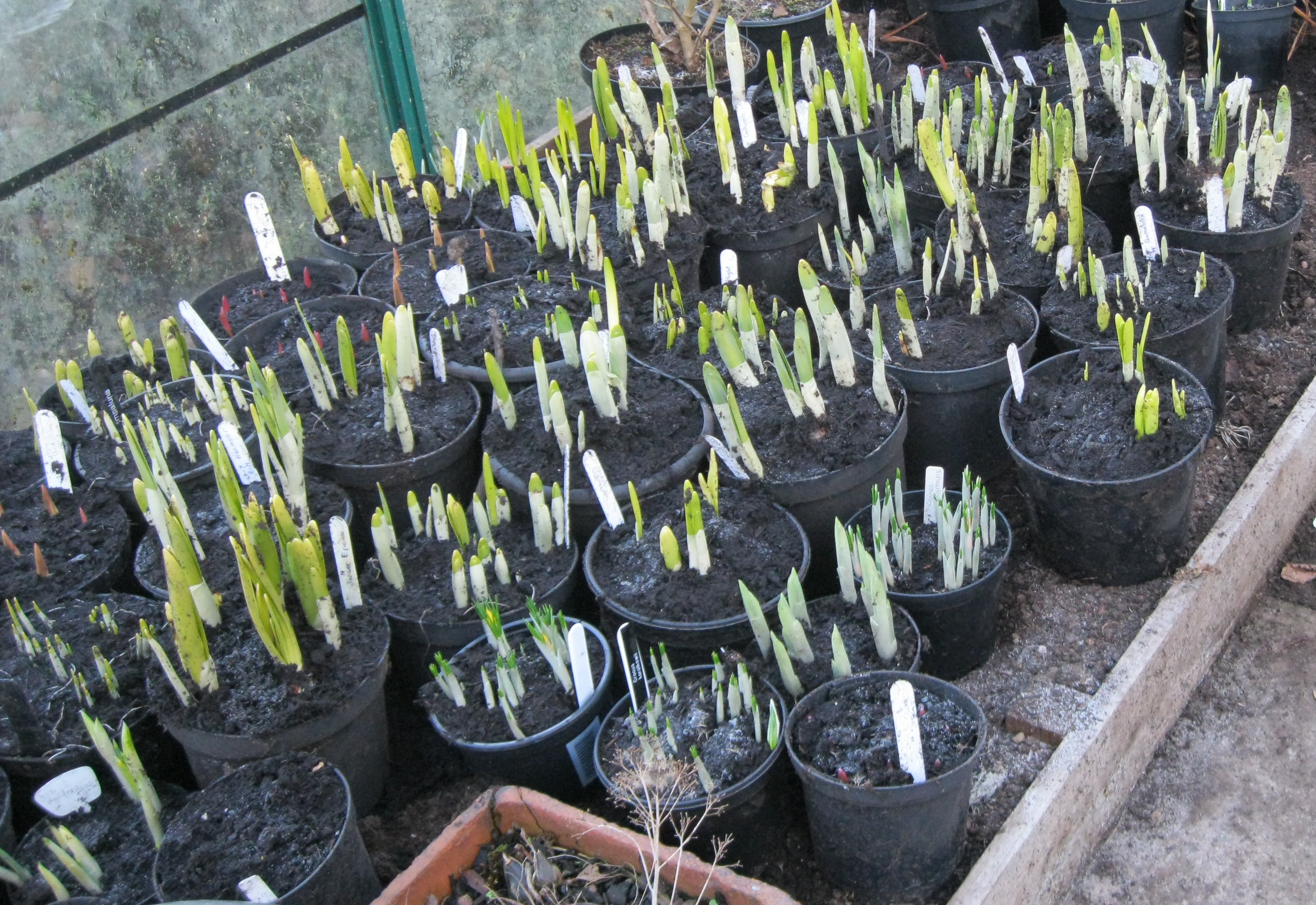 With just three weeks until the Spring show I thought I would give you a President’s progress report.  With the weather having been relatively mild I know many people have been concerned that their flowers will be past their best.  My own plunge pots were much further behind the ones from the Caley workshop as you will see from this first picture which was taken a week later, on the 18th February. Just two weeks later what a difference! 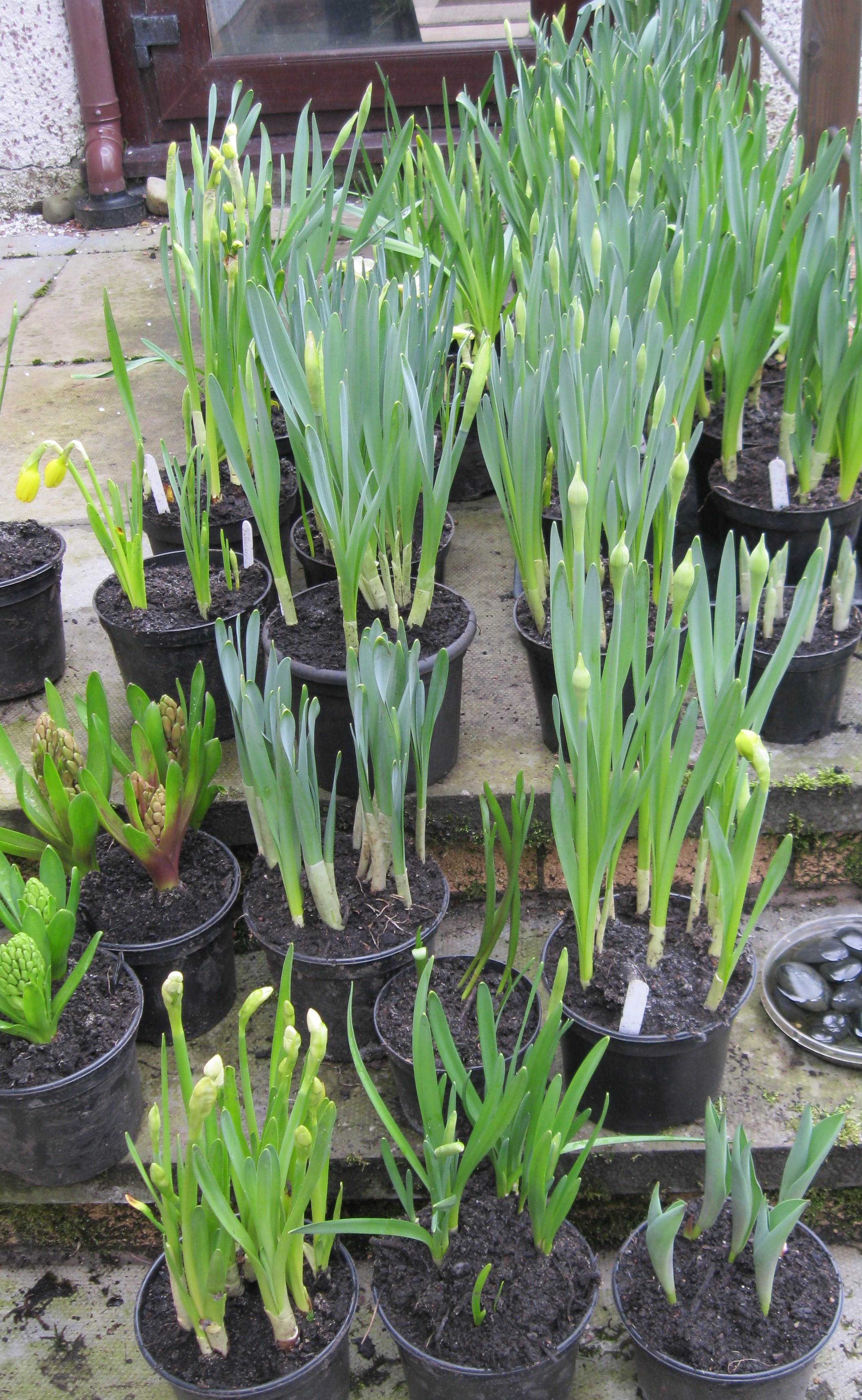