It is interesting how a week can make such a difference, not just in politics but also in potted narcissus. The bulbs have moved on quickly this week; at least some of them have. 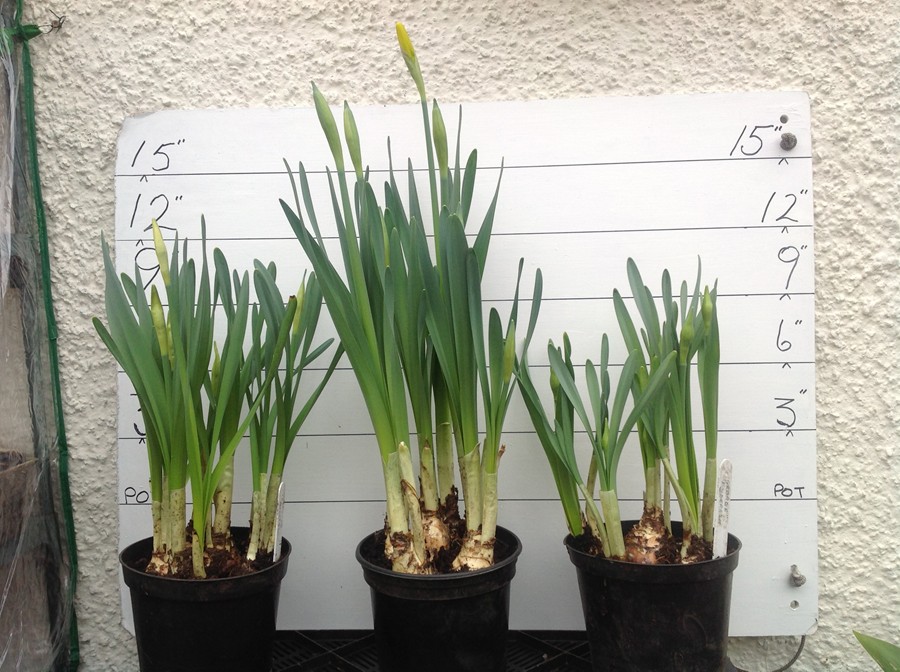 There are still a few in the poly tunnel that are a bit slow to move and remain only a few inches (sometimes millimetres) tall and seem to have frozen to the spot.

The pot of Surfside and the blue hyacinth are both well advanced and showing colour. They will be moved into the shade to slow them down and help them to last until the Show. The buds are well forward on most of them now and soon I will have to think about staking and tying up the pots to stop them flopping all over the place. 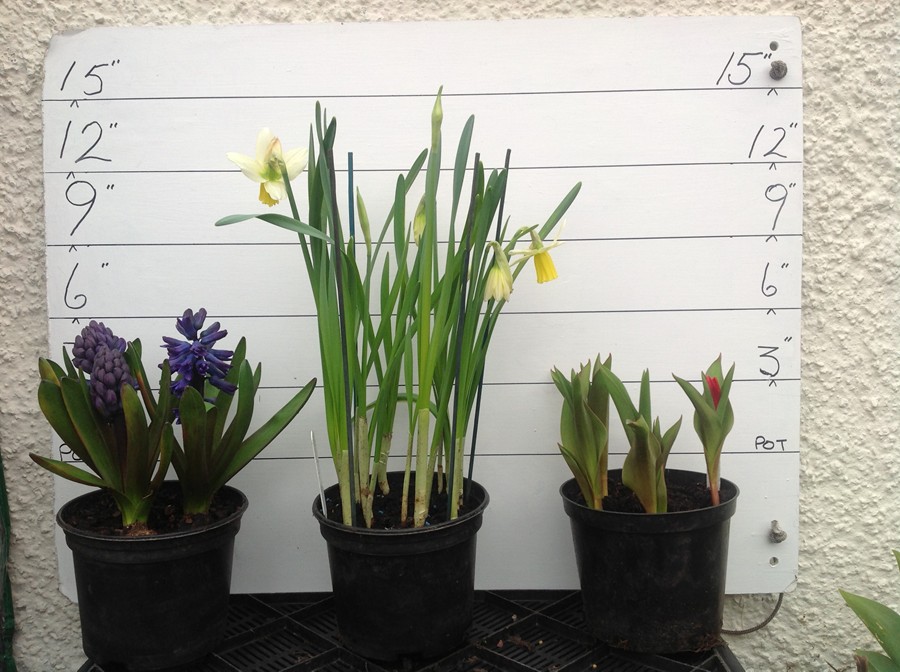 The bulbs in the warm corner are growing well and many of the buds are nearly at the stage where the buds are bending over to form what is known as ‘a goose neck'(Golden Lady). 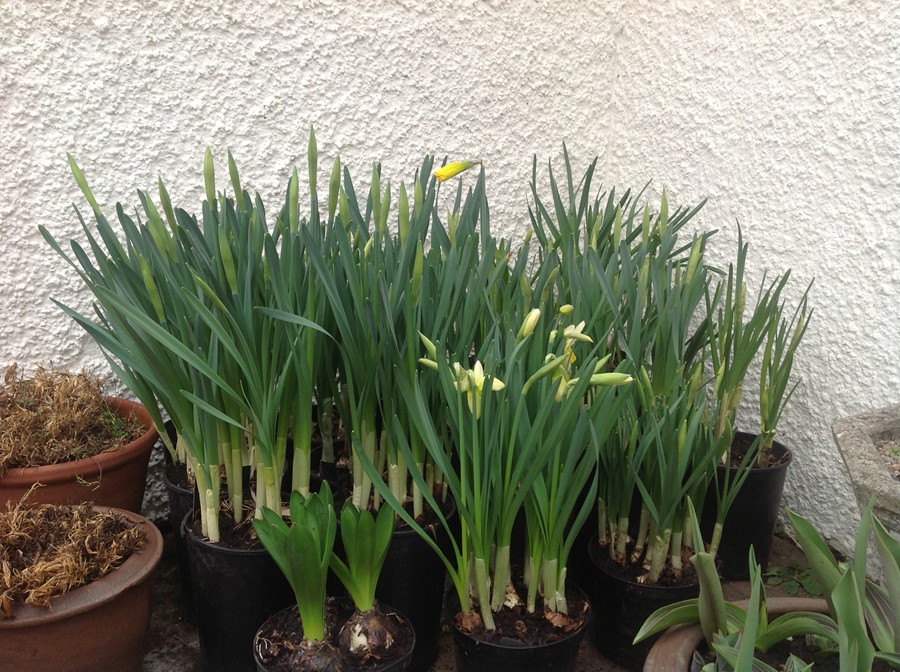 From that stage to full flowering is only a matter of a few days in full sun and so they need to be moved into the shade as well. I think I should have put wheels on the pots for ease of handling, I could just wheel them around.

I have brought a new batch of pots into the house where they will remain for the next three or four days. I put a marker stick in one of the pots to let me see how quickly they grow once they are in the house and it is normal for them to put on about one inch per day with the extra heat and water they receive.

I will keep up the watering and feeding of the plants in the tunnel, warm corner and house and keep those that are well advanced in the shade. It will be Important over the next few days and weeks to keep an eagle eye on the growth and development of the blooms so that they can be in best condition for the show. I grow most of mine for cut flower so more of that later.

Just think we are now in March and the Show is only a matter of 21 days away.