Having just moved from a house with a large stone wall along one side I can sympathise with George Anderson who sent in the following for us…the pictures that is, not their subjects! 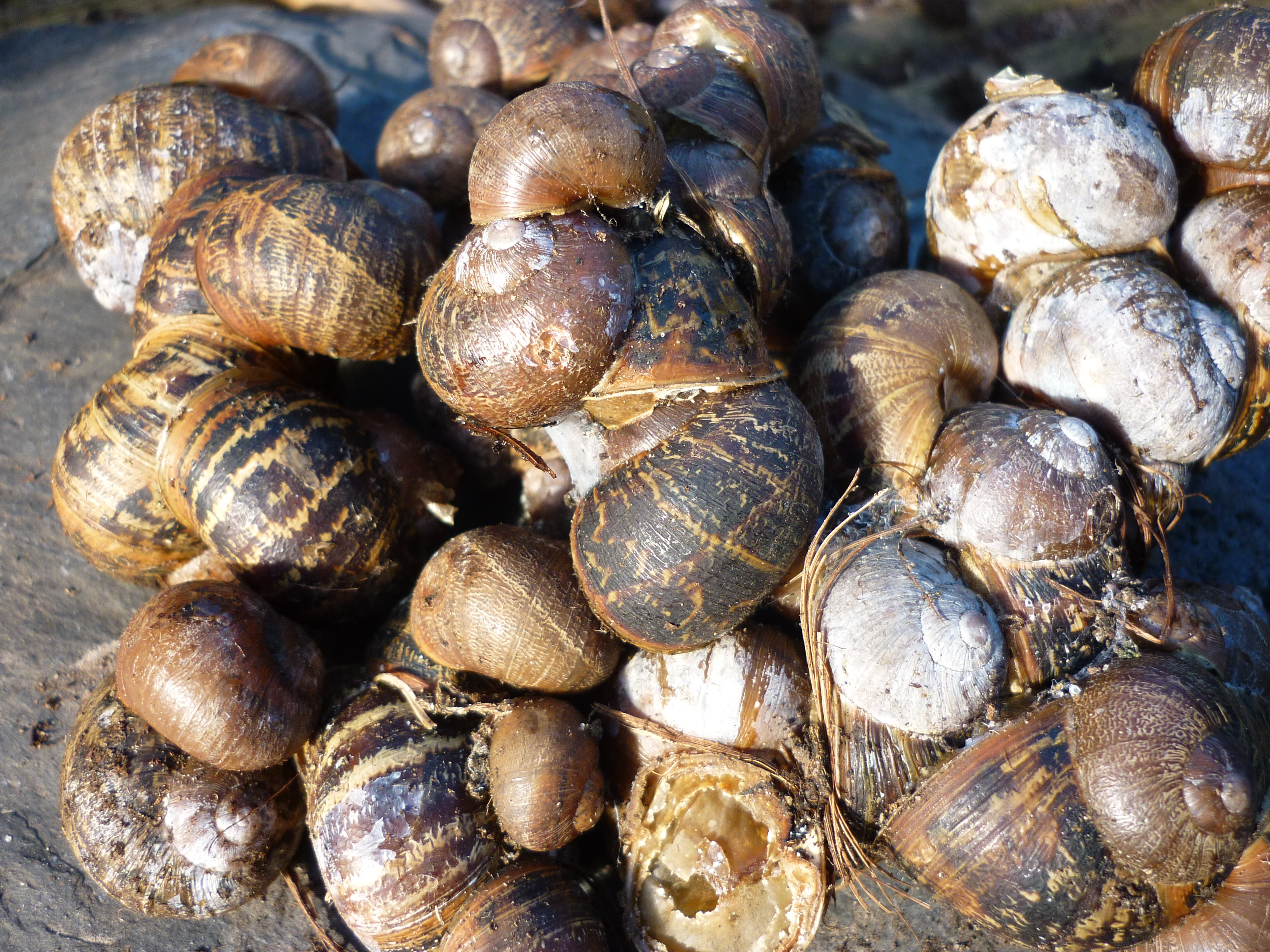 More, as if one picture wasn't enough!

George has informed me that he found these when carrying out some garden clearing and I am told that this is a good time of year to catch your snails napping – they congregate for warmth and safety during the winter months [please comment / correct if you know otherwise].  Disposing of such a significant number of snails can have its disadvantages though.  Foolishly I once put a similar number as depicted above in the bin and then spent the following week poking them back down in as they climbed out.  Oh, and contrary to what I read somewhere, don’t put them in your compost heap!