Many bulbs come from countries with hot, dry summers so they either flower in spring as winter snow melts or in autumn when rain starts them back into growth. Several crocus flower in autumn. Easily obtained types include the blue Crocus speciosus and lilac C. sativus.  Saffron used in cookery comes from the stigma of C. sativus. It takes c 50,000 flowers to produce one pound of saffron, which is why it is so expensive.   The saffron crocus has been cultivated for at least three thousand years but is unknown as a wild plant. It doesn’t come true from seed so is thought to be a mutant from another species. 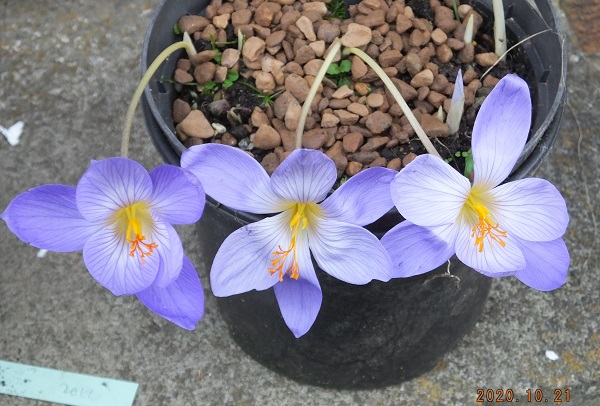 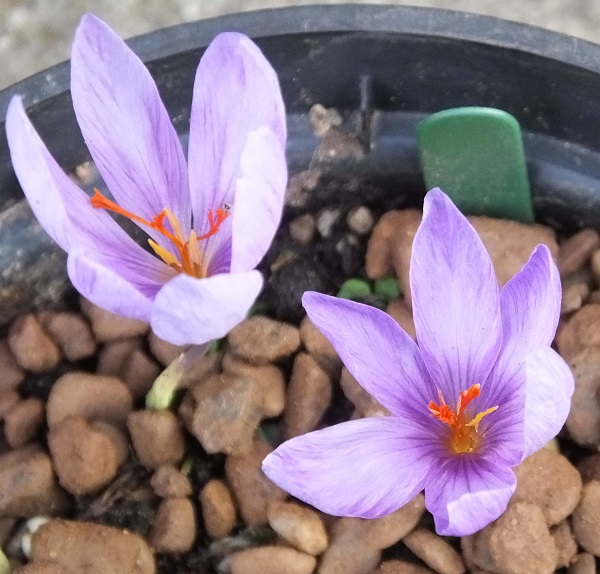 There are many other crocus species which between them flower from September through to March, but some are better grown under cold glass. The alpine house in the Royal Botanic Garden Edinburgh is a good place to see them. The yellow Sternbergia lutea is sometimes sold as a crocus which it isn’t, and it can be hard to establish outside; most people grow it in a pot. 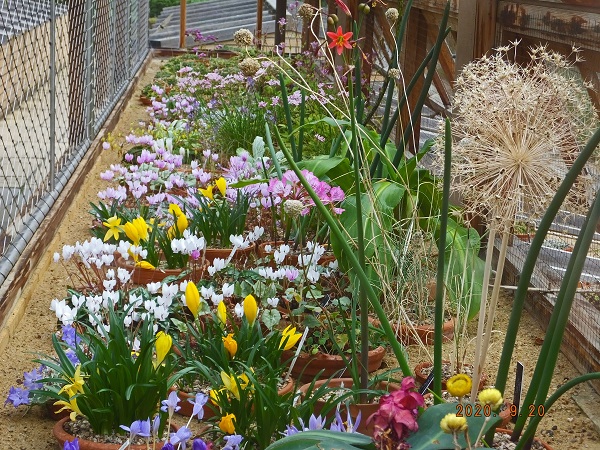 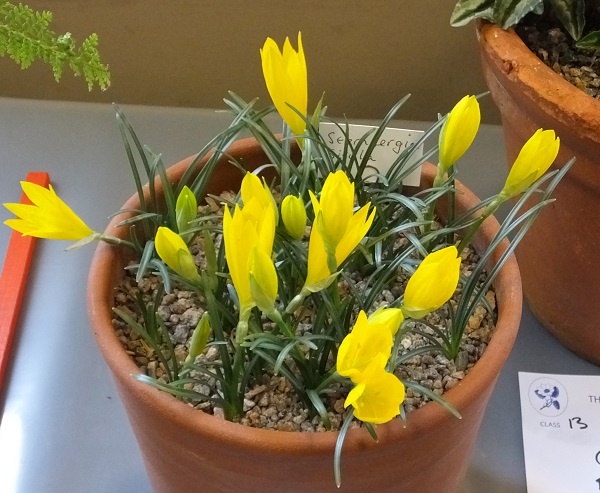 Often wrongly called autumn crocus, colchicums are usually larger with lilac or white flowers. One species, Colchicum autumnale, grows wild in a few damp meadows in Britain. It is sometime called meadow saffron which is potentially dangerous as all colchicums are poisonous. The anti-inflammatory drug Colchicine is derived from these plants but should only be used in the correct doses. Colchicum leaves are quite different from the grassy leaves of crocus and don’t appear till spring when they are easily hoed out in mistake for weeds! With any bulbs it is a good idea to label or mark their position, so you don’t dig them up when they are under the ground. Although we associate snowdrops with the end of winter, a few flower in October. 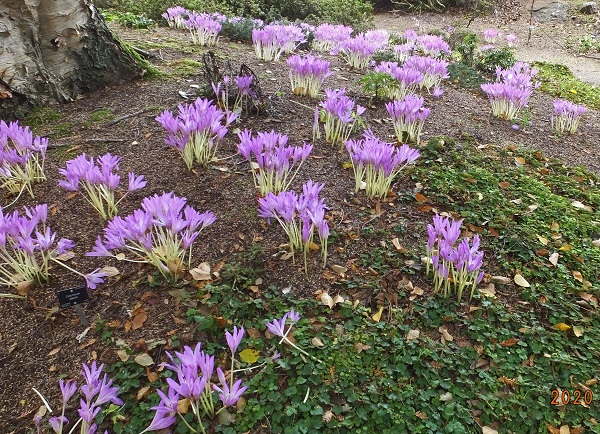 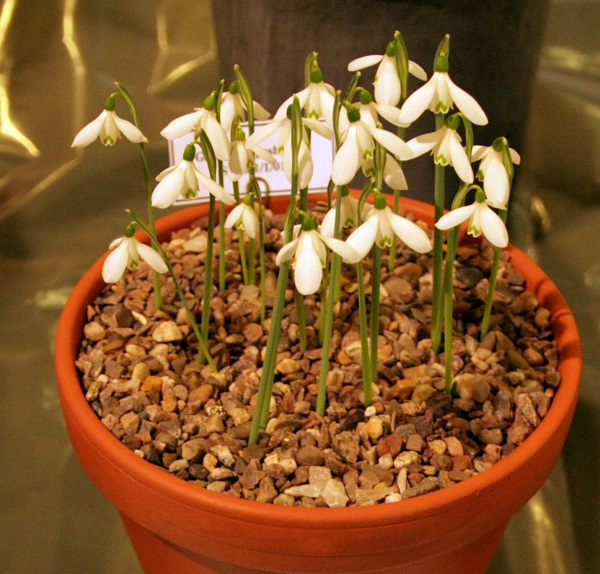 With most bulbs planting depth should be two to three times their own height so, if the bulb is one inch tall it needs to be below two or three inches of soil. There are exceptions; one being the hardy cyclamen which are in flower now. These need to be just under the soil.   They are excellent for growing in light shade under shrubs or trees. Cyclamen hederifolium– which means ivy leaved – is the one in flower now.  It used to be C. neapolitanum as it grows wild near Naples and elsewhere in the Mediterranean. Later in the winter Cyclamen coum, with rounder leaves, will start to flower. These little cyclamen have very variable but attractive leaves. Some forms have silver leaves. There are some other species such as the dainty pink C. mirabile or C. graecum with beautifully patterned leaves, but in Scotland these are better in a pot under glass. Just now garden centres are selling pots and trays of colourful cyclamen. 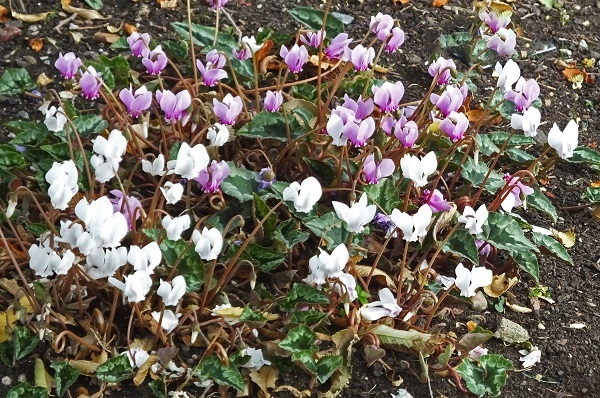 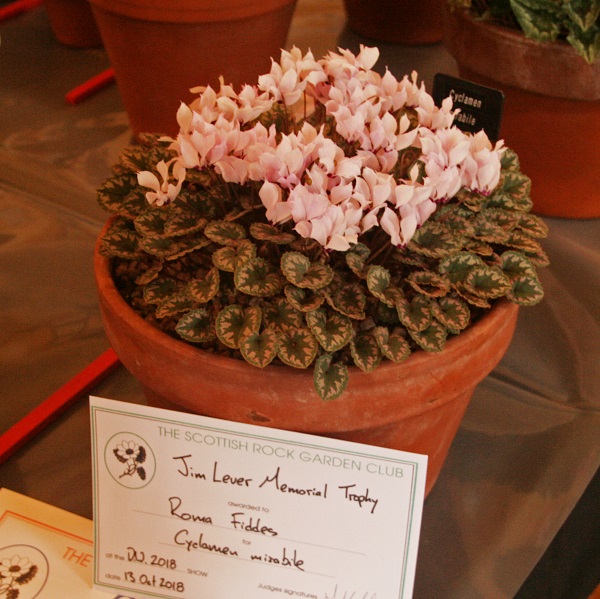 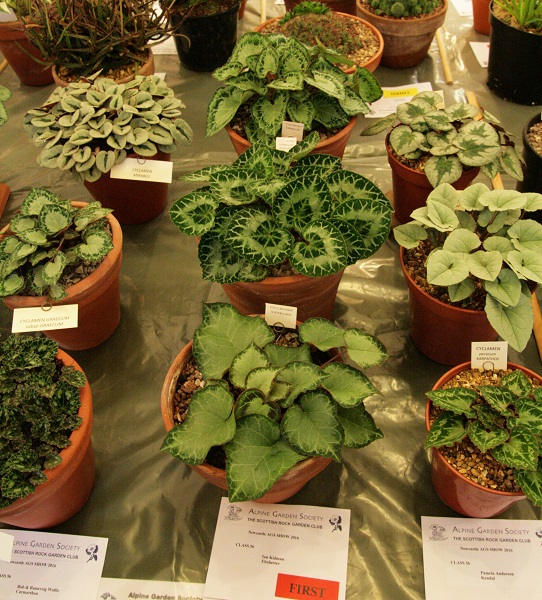 These are dwarf forms of C. persicum, originally from the Middle East, so not entirely hardy if we get severe weather. They do well in tubs or pots, perhaps by a door where they provide colour and get some shelter. Another bulb which likes to be on the soil surface is Nerine bowdenii from South Africa. It makes a fine display of pink, especially when planted at the foot of a south facing wall as it likes warm sun. If you look at the website of the Scottish Rock Garden Club, they have many more examples of hardy bulbs and also Ian Young’s very good Bulb Log which he posts every week. 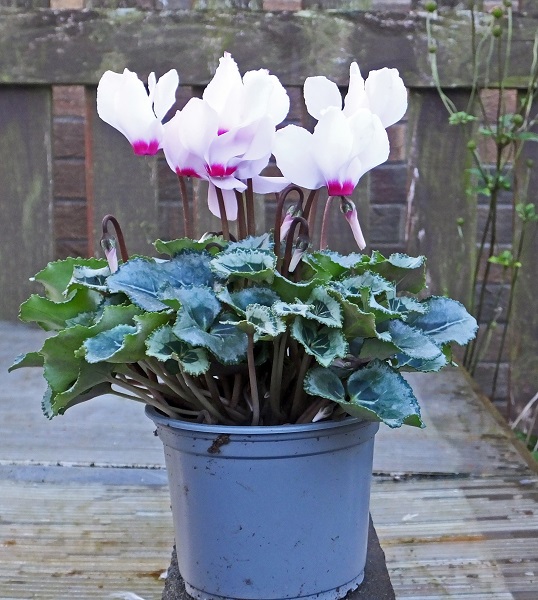 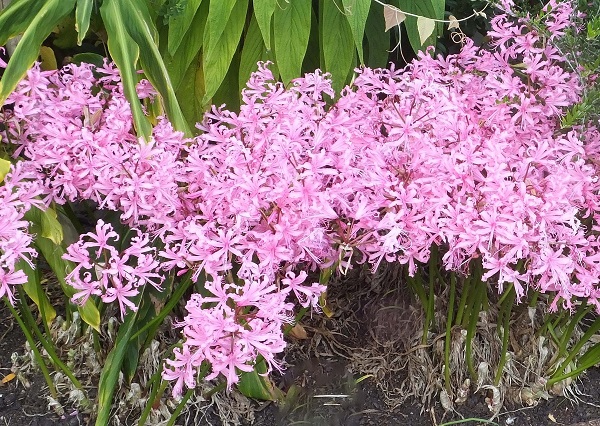 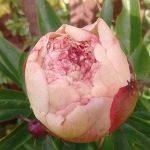 Paeonia still coming in to flowerBlog, Plants in Season, Uncategorized 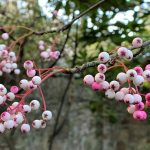