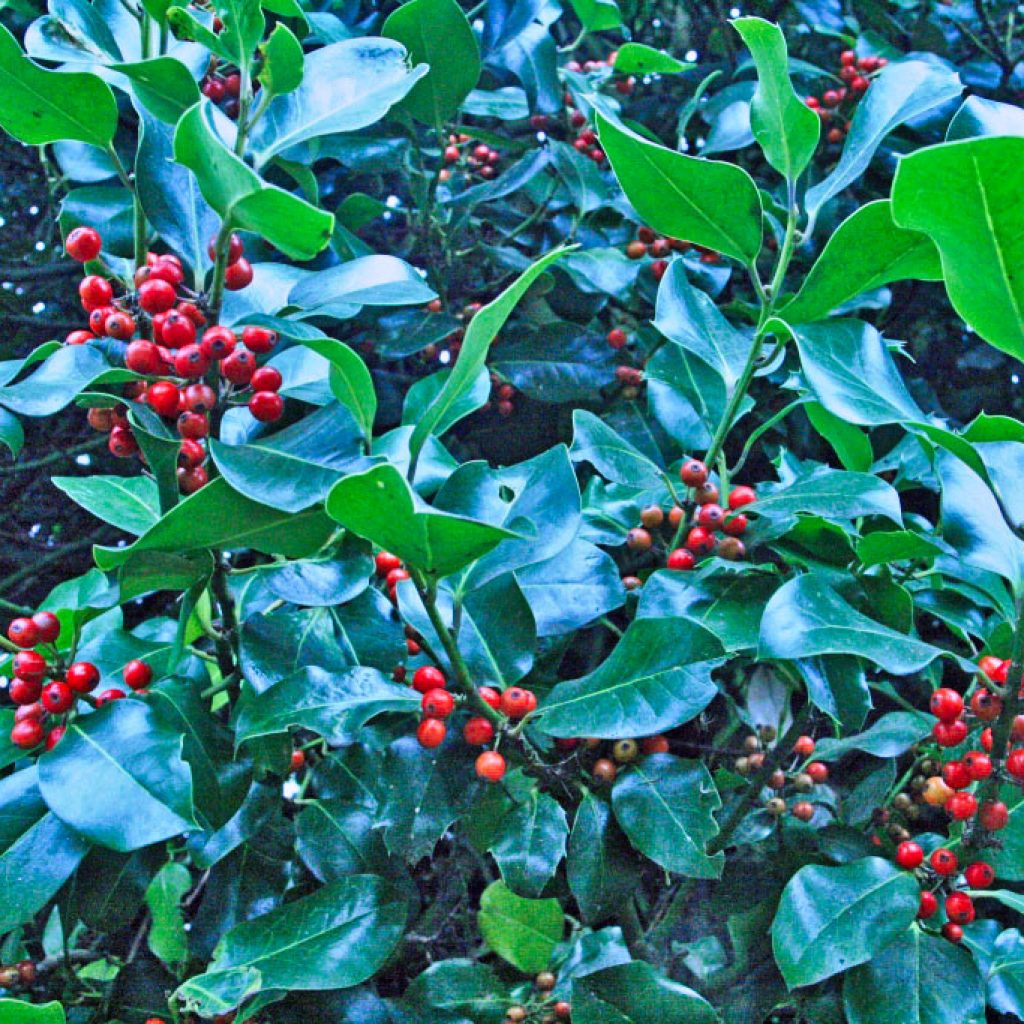 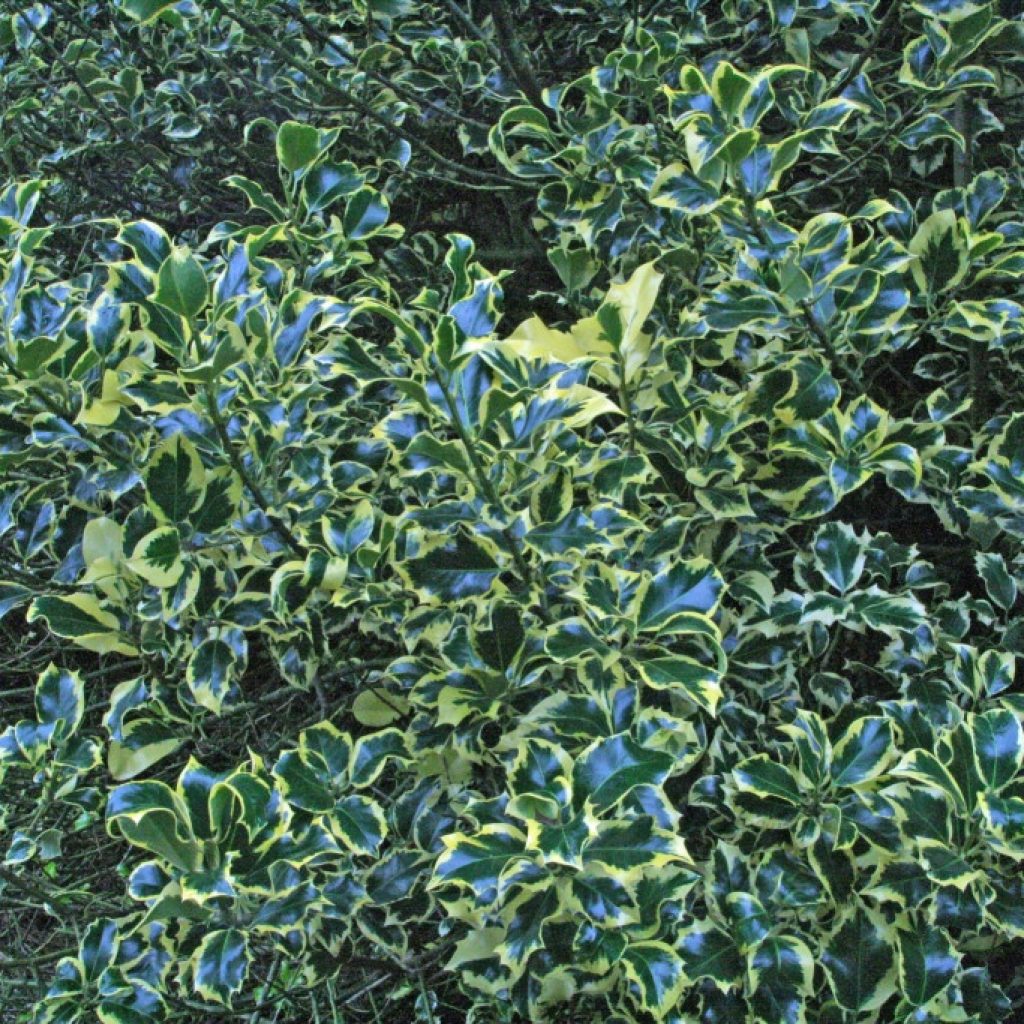 Holly is strongly associated with Christmas. The blood red berries and spines gave the plant religious significance to early Christians but even earlier the Celts held the oak and holly as the two most important trees and the Romans featured holly in their Saturnalia events. Most holly trees are either male or female; only the female forms carry berries. Some garden forms are better than others. JC vanTol and pyramidalis are self-fertile and good for berries but have rather plain leaves. Variegated hollies tend to have fewer berries while Golden Queen is male so has no berries at all. Confusingly Silver King is female and does have some berries! A good berry crop does not mean the tree can anticipate a hard winter but reflects the amount of sun earlier in the season. Other native plants such as ivy were used as decoration but less so now that other plants such as poinsettias – usually red – are available. 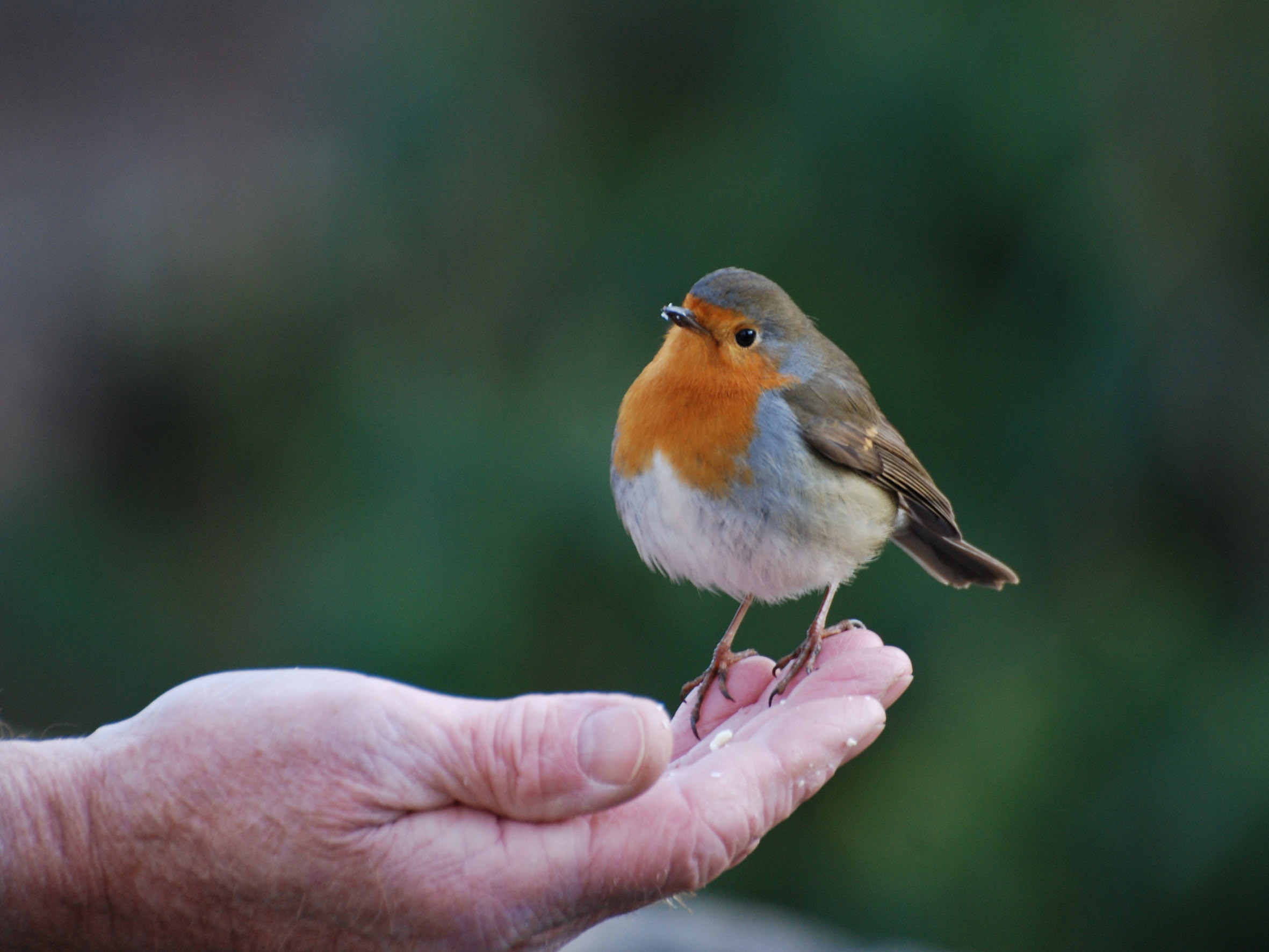 Robins, which used to be called red breasts, are also often seen on Christmas cards possibly as Victorian postmen wore red jackets. Robins follow gardeners in the way they used to follow wild boar which would dig up the ground to expose grubs which the robin can eat. With patience you can get a robin to take food from your fingers; they like mealworms if you can get them. In winter all robins sing to defend individual territories so Cock Robin may be a hen. Some of the robins in Scotland in winter have crossed the North Sea from Scandinavia earlier in the autumn. 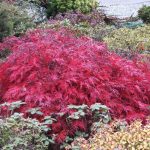 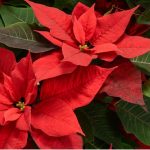