The bright yellow flowers of oilseed rape have become a familiar sight in early summer. The plant is a brassica (cabbage family) and its name, rape, comes from the Latin word rapum that means a turnip.  Oilseed rape is a popular break crop on farms which allows pests to die out between cereal crops like wheat or barley. Most is autumn sown and harvested at a time when other crops are still growing which helps farm management. 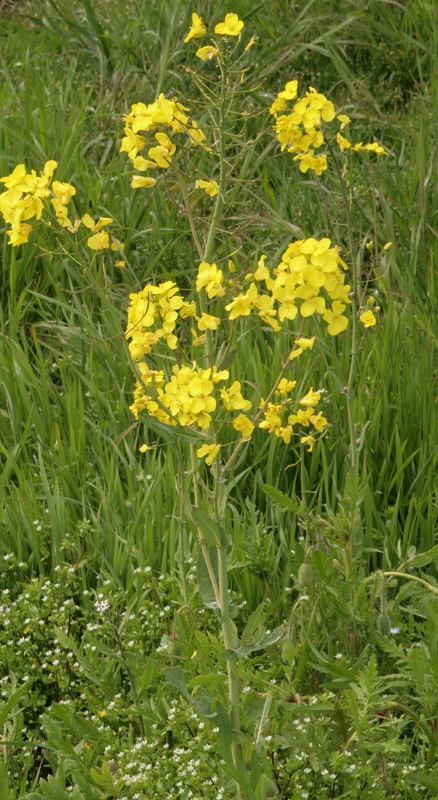 Rapeseed oil used to have high levels of damaging erucic acid.  Today’s varieties have been bred with low acid to provide an oil that suitable for use in cooking and food processing. Known as vegetable oil or canola, the oil is widely used by the food industry and is now also processed for use as biodiesel. A very small amount has industrial uses as lubricants. The residue is used for animal feed. Rapeseed oil has become popular as it has low saturated fat and is high in omega-3. The cold pressed oils now compete with olive oil.

Anyone who has stood beside a field in flower will know the strong scent. Some individuals experience allergic type reactions to flowering oilseed. This seems to be different from hay fever.  Rape is an insect-pollinated crop, whereas hay fever is usually caused by wind-pollinated plants such as grasses with light pollen. Rape has large pollen grains which don’t move so far.

Rapeseed produces great quantities of nectar from which honeybees produce a  peppery honey, often blended with milder honeys.  A problem with some canola honey is that most of the North American crop is genetically modified to resist herbicides. So, if you prefer organic produce, stick to European honey.

Oilseed leaves have helped woodpigeons become one of the commonest birds in Britain. Recent bans on the use of neonicotinoid pesticides may have an effect on the amount of oilseed grown in this country. Flea beetles can cause so much damage to rape fields as to make the crop uneconomic. Other control measures such as companion planting are being trialled but may not prove practical. 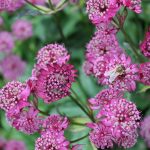