The allotment team are busy

Thursday was a bitterly cold day and raining too, though the rain did ease off during the morning. Everyone turned up as usual and worked hard to keep warm.

2nd May (Friday) was a complete change – warm and sunny so the remainder of the seed potatoes were planted out with one row each of Maxine, Sante, Bikini, Arran Victory and 2 rows of Pink Fir Apple.
The remaining broad beans brought on in pots and the first of the mangetout peas – Shiraz – were also planted out.

We are continuing with the Biochar trial again on the same bed. It had been dug over and compost added so the trial areas were marked out again and the Biochar raked in. We shall grow onions and cabbages again since these showed significant differences last year and the results can be easily weighed.

There was interesting wildlife on the plot today. A Comma butterfly was enjoying the redcurrant flowers, 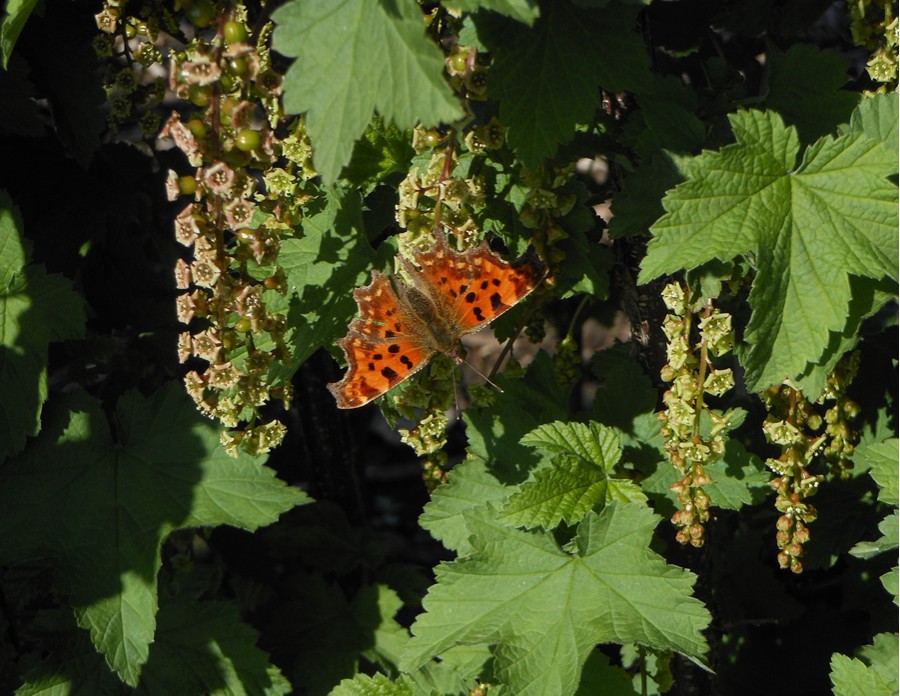 the ladybirds were out but all was not good – a flatworm was found underneath the black plastic which had been put down to warm up the potato bed. It has been a while since we last found one but we shall need to keep a lookout now. The soil has a healthy worm population so don’t wish to lose that.

The fruit is all looking good with splendid blossom on the cherries and apples. There are now young gooseberries and the bushes are in full leaf so now is the time to watch out for the caterpillars of the gooseberry sawfly. These can strip a bush of its leaves in days so at the first sign, use an organic pest control. We have little trouble with pests on the allotment but this is one we do take action on.

Jobs for next week: Weeding – lots to be done; Succession sowing of peas; Plant out cabbages 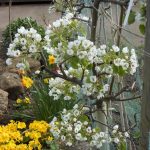 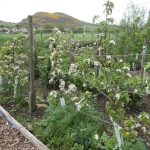 Its good on the plot.Allotment, Biochar trial