A busy day on the Allotment. 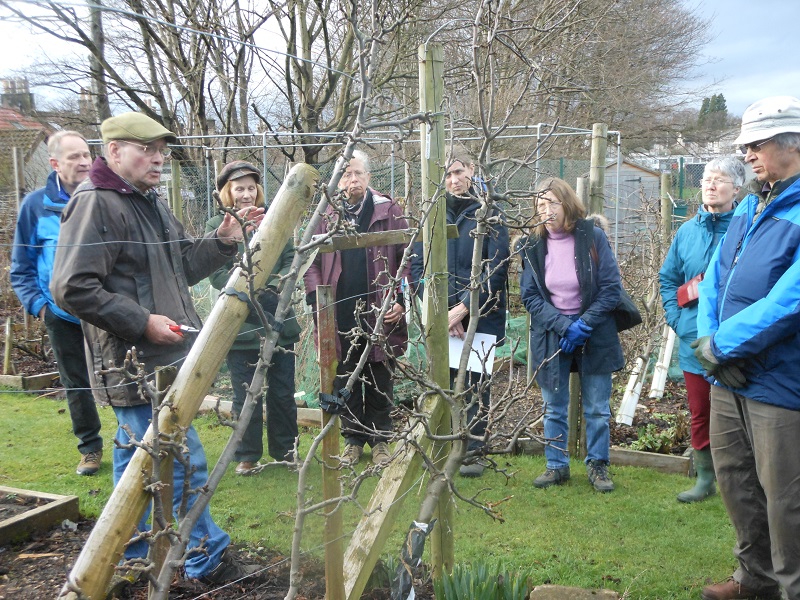 Thursday was a sunny and mild day and we packed in a lot of work on the allotment – finishing the winter pruning after the pruning workshop which was held on Sunday 2nd February, had a bonfire to get rid of the willow and hazel prunings which are not needed to repair the windbreaks and planted out the new raspberry canes. Deciding where to put the raspberries was a bit a problem since they cannot go where raspberries have been grown previously and they do cast a shadow, but the die was cast today and they are now in the ground – varieties Glen Lyon for early fruiting and Octavia for late. 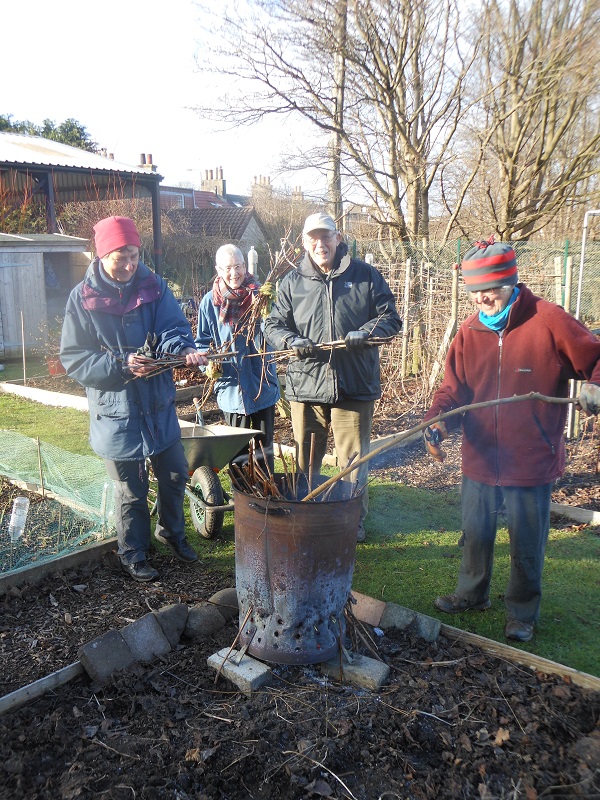 The brassicas were given a feed of fish, blood and bone to help them keep producing. One of the blackcurrants had ‘big bud’ which we dealt with by rubbing off the affected buds and hope that will do, it should not affect the fruiting too much since there are plenty of uninfected buds.

The seeds have now been bought so the next few weeks will see the start of seed sowing for the new season and the promise of all to come.

Over the past weeks the rabbits have been gnawing at the bark of the apple trees. The lower branches are all now protected and hopefully the bare stems will heal. At our ever-popular pruning workshop, George Anderson gave us a tip for helping the healing process which is to wrap clingfilm round the gnawed branches – which we did today, a fiddly job and eye-catching in the winter sunshine. 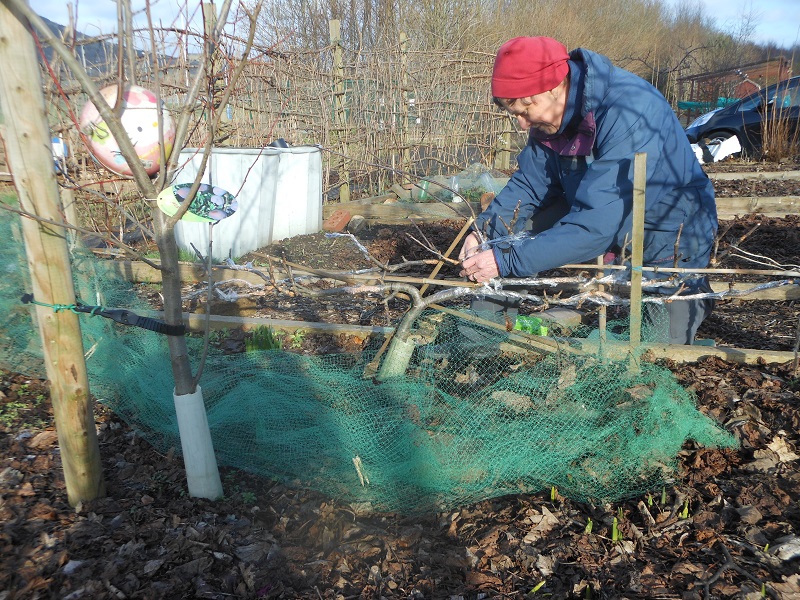 Wrapping clingfilm around the apple trees. 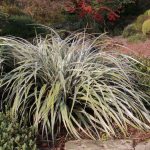