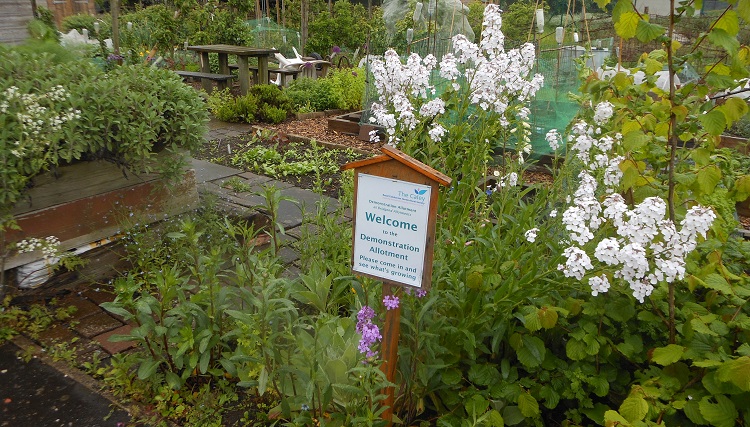 Thursday was a dull day which promised rain – something that certainly happened, but we did manage to get the grass cut and, as recommended by the BBC programme ‘Springwatch’, we decided to leave a strip uncut for to help increase biodiversity. We shall wait to see what happens. 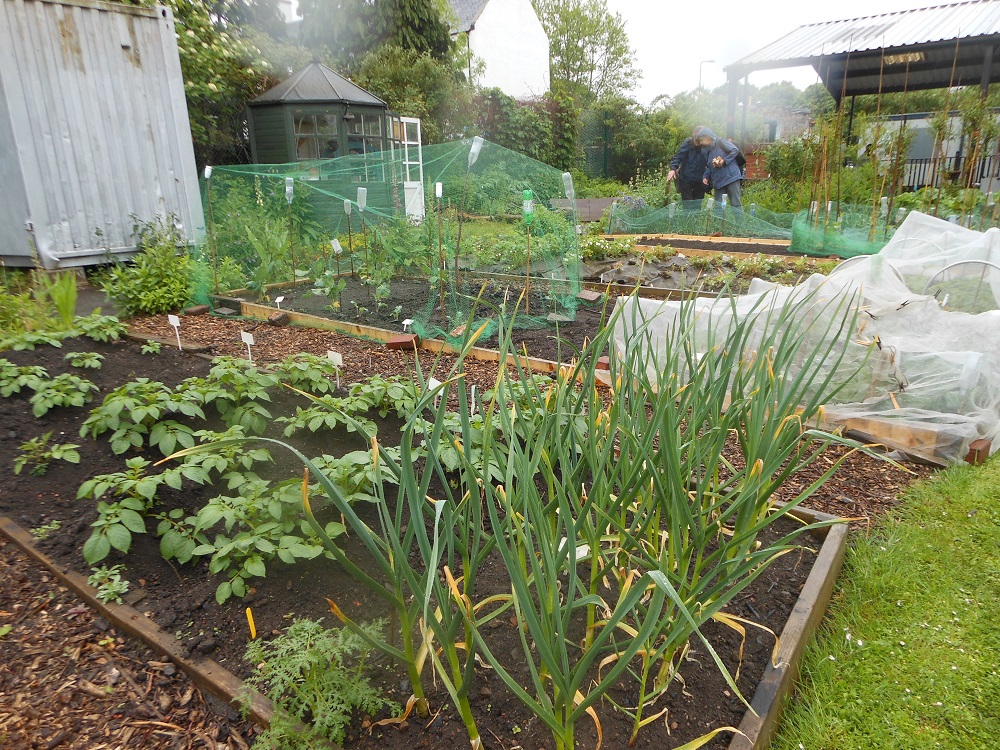 The courgettes and squashes were planted out and the grass mowings were put down round them to act as a mulch.  They were also covered with fleece for some protection on our exposed site.

The sweetcorn – ‘Swift’ and the mini variety ‘Snowbaby’ – and the purple sprouting broccoli were also put in today and protected with fleece and netting. 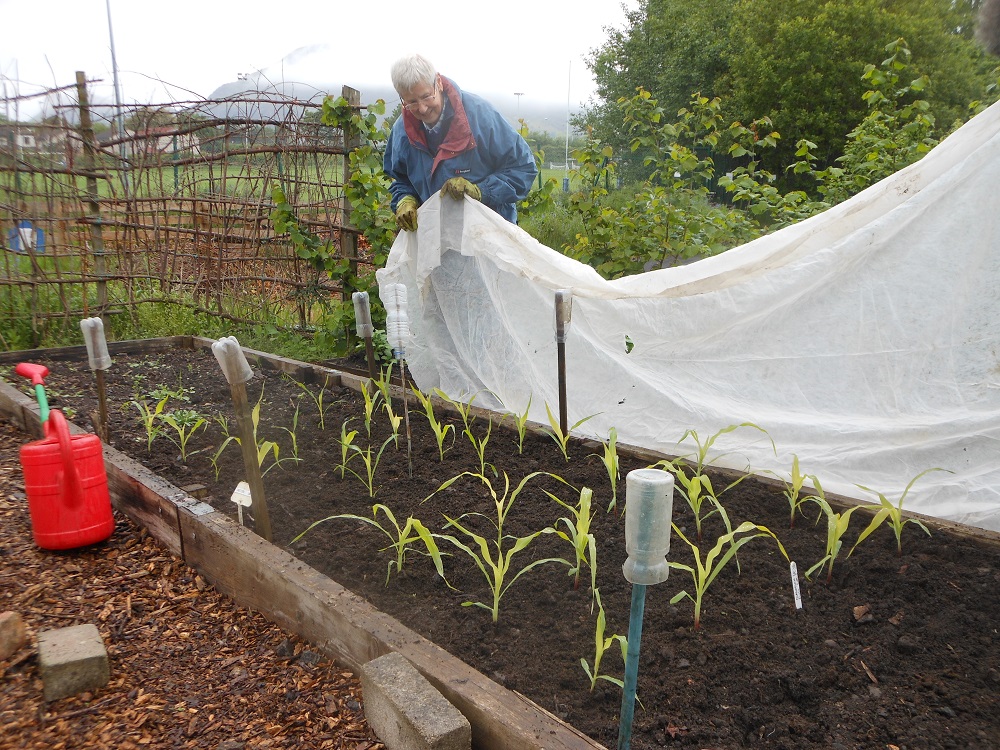 We finally have some germination of carrots, but the first row sown has not appeared. We did a re-sowing using seed on tape – a first for us and certainly a timesaver if it works. The sowings of turnips, swedes and beetroot were thinned out.

And then the rain came on in earnest, so we decamped to the Dutch barn for lunch and then home. 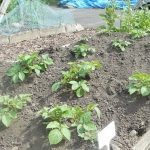 An army of ants on the Allotment.Allotment, Blog 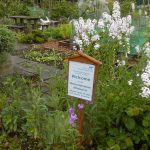 Where, oh where, have our squashes gone!Allotment, Blog