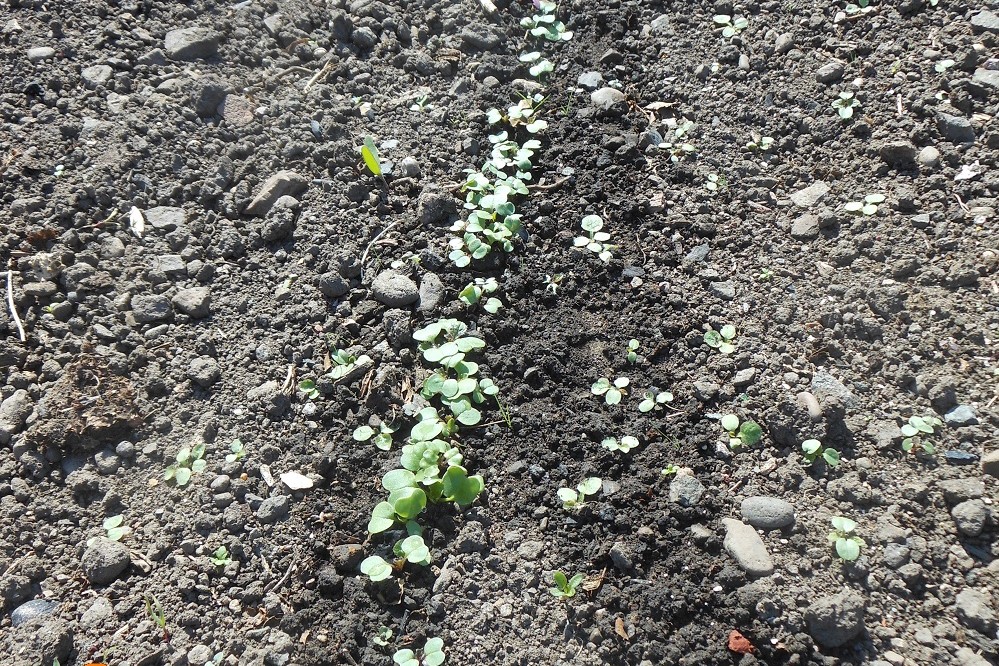 Time to thin out the turnip seedlings

Today was one of those typical May days, with hats and scarves on in the morning but by lunchtime the jackets are off, though the east wind was still making itself felt. The plot is full of fruit blossom and the first flowers are on the strawberries and broad beans.

And yet another week with no rain so the hosepipe was out again to water the fruit and vegetables.

With the ending of the purple sprouting broccoli and kale there was space to plant out the new fruit bushes, honeyberries (Lonicera caerulea var. Kamschatica). Part of the honeysuckle family, this is also known as the edible honeysuckle producing, long blue/purple fruits in early summer which taste like blueberries. They originate in Siberia so are ultra-hardy and is also drought tolerant. It is being described as the new ‘superfruit.’  Two plants are needed for pollination.

A box of the early summer cabbage ‘Greyhound‘ was bought as young plants. These were planted out and will give us an earlier crop. Brassicas are hungry plants so they had a good dollop of compost and the ground was well firmed before planting – brassicas like to grow in firm soil.

Tom’s onions and leeks destined for the autumn shows – the giant Kelsae varieties – were planted out and netted.

Some of the newer strawberry plants, grown from runners have died, so replacements were put in their place. They had been covered with fleece but that was taken off today. The plants have really benefited from the extra protection for a few weeks and are now beginning to flower.

It is always time to be thinking ahead and now is the time to be sowing the seed for next winters veg so the kale, broccoli, cabbage and Brussel sprouts have all been sown at home and will be planted out as young plants.

It is also time to sow the courgettes and marrows, sweetcorn and French beans.  We don’t plant out until the middle of June on our exposed site so sowing around now gives plenty of time.

Summer annuals were sown to give flowers and colour in the next few months.

Sow salad crops
Thin turnips
Feed of blood, fish and bone round the fruit and water in
Continue clearing the ends of the veg beds
Tidy up the grass edges 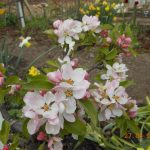 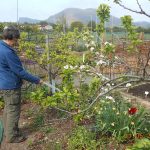