Snow on the allotment?

There was good turnout of volunteers today (Thursday) but since snow was still on the ground, though the soil was not frozen, only a few maintenance jobs were done.

The snow on the ground is interesting since it shows what animal life is around, which was not very much: we saw rabbit and fox tracks and birds, mostly crows and blackbirds but there had certainly been very active wildlife in the kale bed which had eaten off the whole of the top stalks of the tastiest kale – Nero di Toscana. The bed was very well netted so it was difficult to see the point of entry but something with a desire for fresh greens had been hard at work. One plant of the Daubenton variety was eaten too, as well as one of the Curly Scarlet though the Pentland Brig was hardly touched – but we shall see what happens next week. 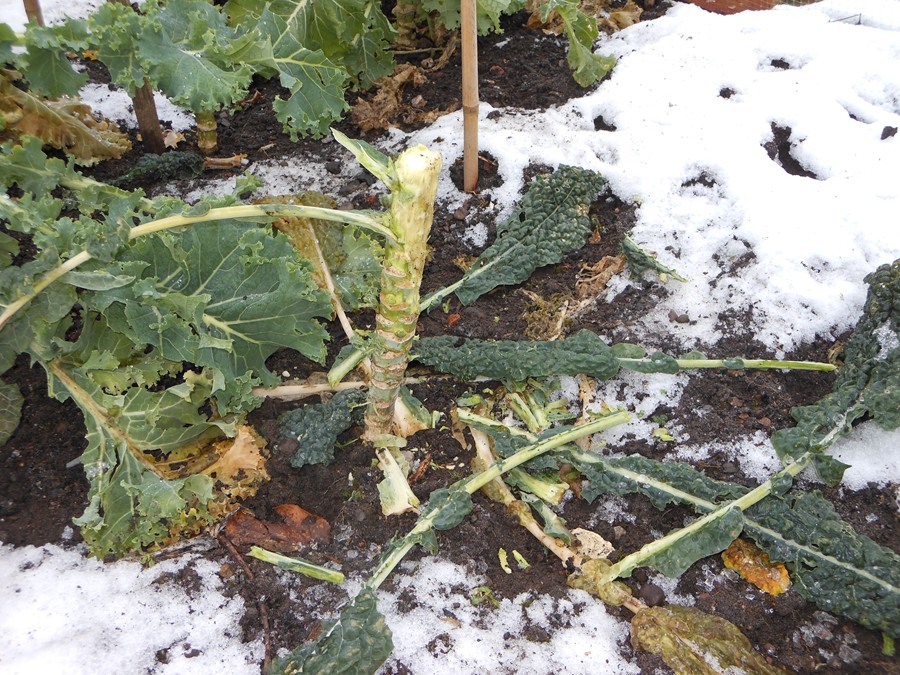 The windbreak was nailed and wired up again, the ash from the bonfire bagged up for spreading later and most of the autumn raspberries pruned to ground level.

The ground around the gooseberries and redcurrants was cleared of snow and mulch to allow the birds to look for any overwintering pests. If conditions are better next week, the team will remove the top few inches of soil, bag it up for removal from the site and replace it with fresh soil in an attempt to reduce the impact of the gooseberry sawfly on the bushes. 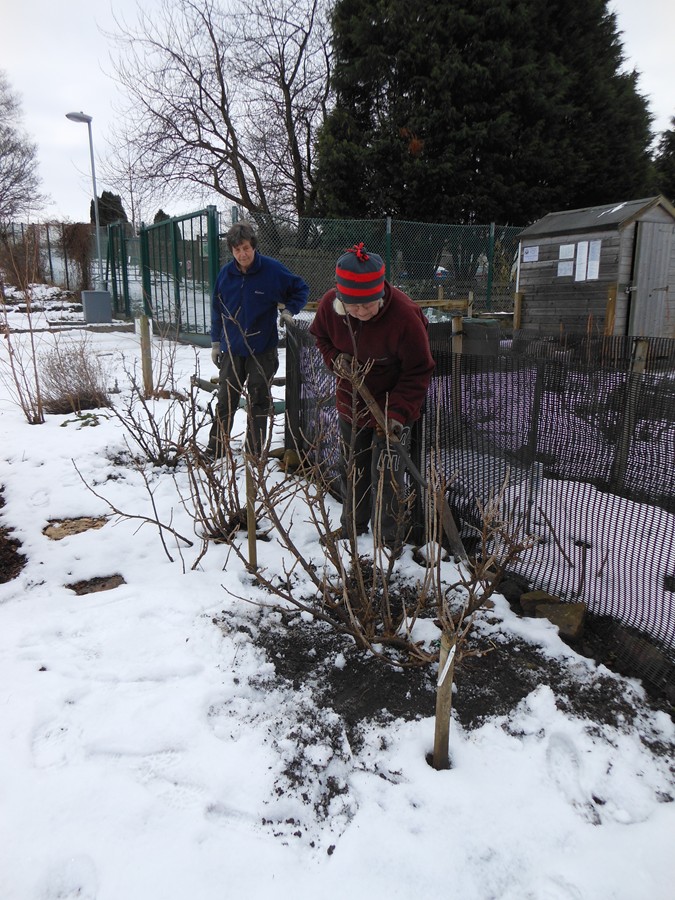 The chard generally survives the winter but the wet season has turned it all into a slimy mess so it was removed to the compost heap. We had a good picking of kale and cabbage, and parsley too for the winter soups. The leeks are slowing thickening up so they will be worth picking shortly. (These are from asecond later sowing as the first ones all went to seed.) 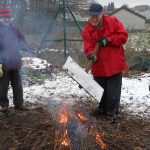 The 2013 allotment year has started!Allotment 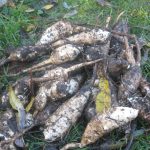 February 7th on the allotmentAllotment