A chilly time at the Allotment

On a cold and misty morning, a couple of us were at the allotment, taking all due precautions of travelling independently and then keeping 2 metres apart, and it was good to see we were not the only ones there though there was no chat, only a wave to others who were out to work on their own plots. 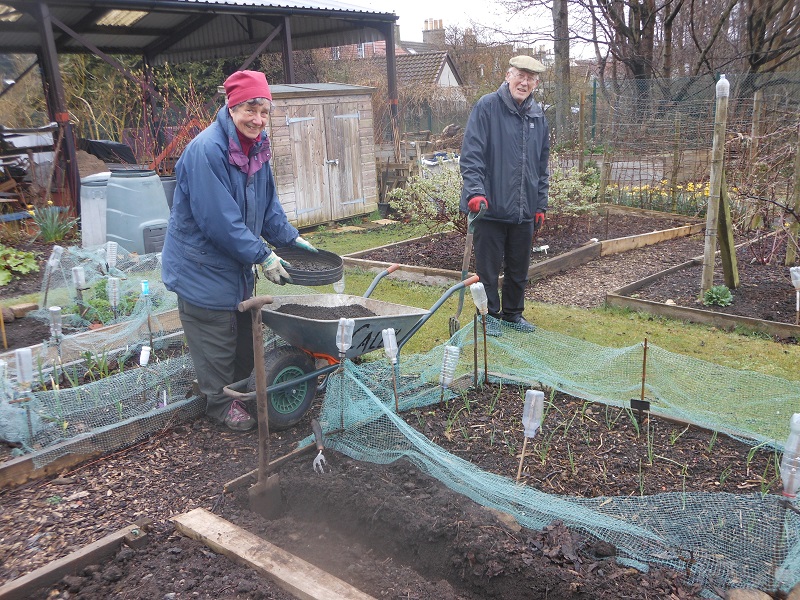 We planted out the broad beans – ‘Bunyards Exhibition’ – which were sown in January, hardened off but rather drawn with the low levels of light available in late winter but they were staked and will soon settle in and firm up and give us some early broad beans. A start was made on preparing the ground for sowing carrots. We dig out a trench and then the soil is riddled before putting it back in – carrots are prone to forking if the roots meet stones so a job worth doing. The ground was still fairly wet so doing one row was quite enough. And the frame for the sweet peas was put up. Looking ahead to planting the potatoes in the middle of next month, we put down a sheet of black plastic where the earlies are to go to help warm up the soil. Then time for a coffee and a long-distance chat, update the notice board and that was enough in the chilly weather. 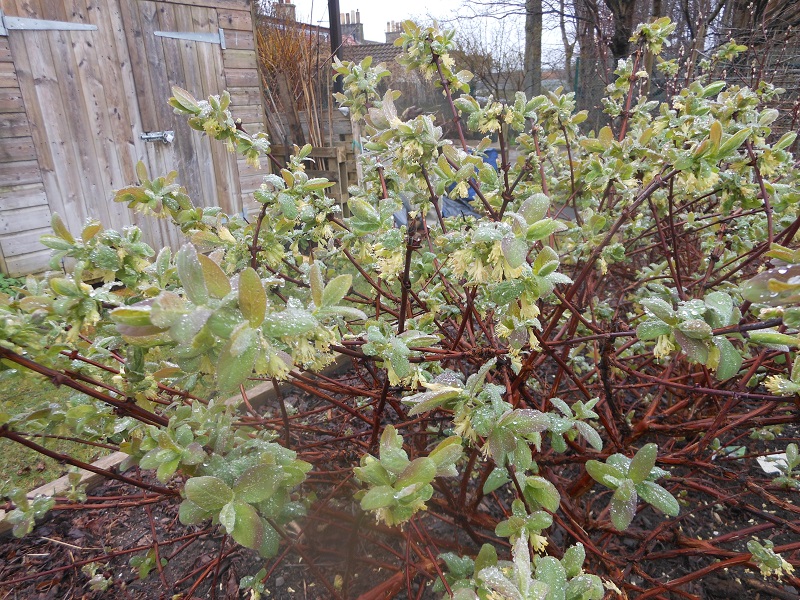 It was heartening to see so many signs of growth – the honeyberries are in full leaf and flowering, most of the daffodils, hyacinths and small tulips are in bloom, the buds on the other fruits are on the point of bursting and the oyster catchers and curlews were on the playing fields.

The purple sprouting broccoli is in full production now with parsley and rocket for salads and still some potatoes left. 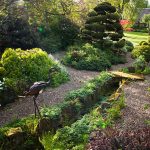 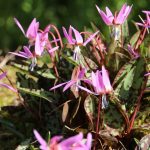