Groups from across Scotland have been recognised the environmental charity, Keep Scotland Beautiful, at a virtual 2021 Beautiful Scotland celebration and award ceremony.
Almost 50 entrants from 17 local authority areas were congratulated for their efforts to support and enhance their local communities, for the climate and for nature.
The 22 entrants that took part in a new non-judged category all received a Certificate of Recognition, while 27 entrants received Certificates (bronze-gold) and were able to nominate themselves for one of 13 discretionary awards.
A list of all participants and the awards won can be found here.
Caley President, Colin Ainsworth, who is also a KSB judge was on hand to present The Royal Caledonian Horticultural Society Discretionary Award which is presented to the local authority that demonstrates the highest standard of horticulture in public open spaces. This year the award was presented to East Lothian Council. 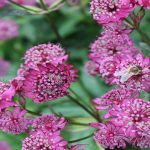 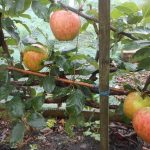 A soggy day on the AllotmentAllotment, Blog