A deal of weeding done on Thursday, mostly amongst the hazels, removing plants like alkanet and willow herb. The cordon red currant was planted in place of the cordon gooseberry which died a sudden death. The netting over the honeyberries was replaced now that pollination has taken place and the first fruits have appeared. The first of the sown broad beans are coming through and more were planted which had been brought on at home – varieties The Sutton, a useful short variety and Crimson Flowered –  so there is now a succession of broad bean plants.

The rabbits have been eating the leaves of last year’s strawberry runners, so the barrier had to be extended to protect these.

The next batch of sowing is being done at home for the frost-tender veg like courgettes and squashes, runner and French beans. The sweetcorn was sown several weeks ago since it takes longer to grow and all will be planted out around the beginning of June, maybe with some protection though still.

An interesting example of what we think has been cross-pollination was found today on the primula. Cowslips appeared on the plot a few years ago and are doing very well and there are also yellow primula polyanthus. Today we noticed a very floriferous polyanthus growing next to the cowslips so a decision about it, and the polyanthus growing in various corners on the plot, needs to be made since we do not want to see all the cowslips being hybridised. 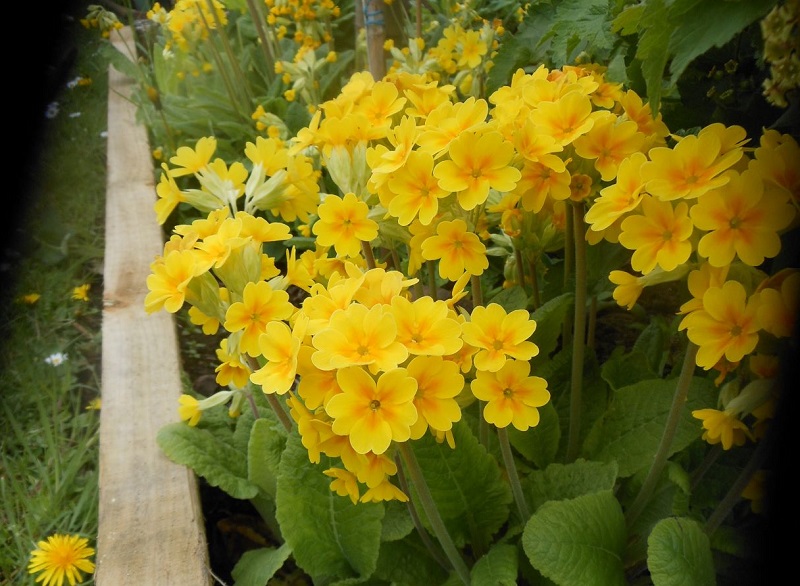 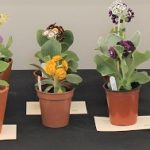 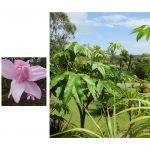