More to harvest on the Allotment

Thursday was another day spent mostly harvesting the fruit and veg and, since there had been some rain last week, the hose stayed in the shed with essential watering done using the watering cans. The bramble was netted since the berries on it and the boysenberry are both almost ready. The remaining early potatoes were dug up – Colleen and Red Duke of York – and some essential weeding done on the winter brassicas. The spare brussels sprouts were taken out and one replanted elsewhere to see if it would survive. It is the same size as the ones in the bed at 60 cm so we shall see how it manages. 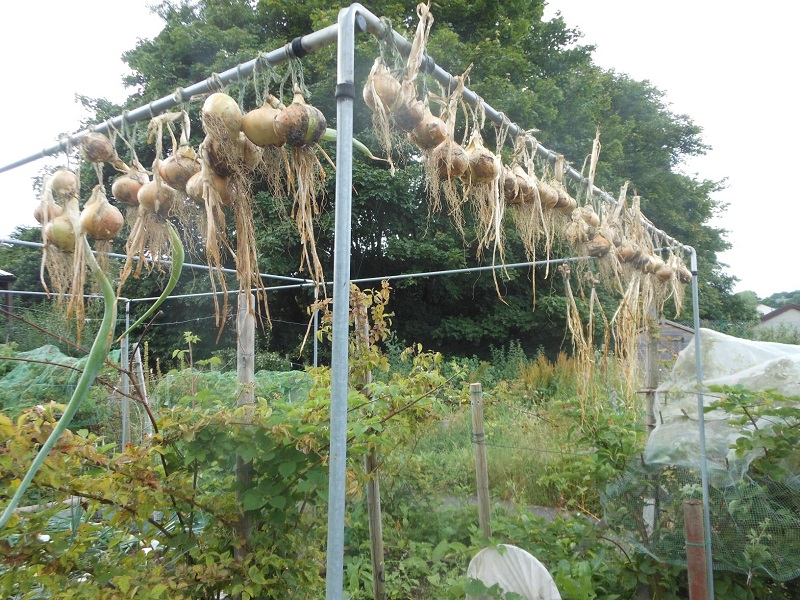 Onions hanging up to dry

We are trying garlic-infused water on the asparagus kale and swedes both of which were ravaged by the slugs and snails and it is heartening to see the new growth has not been attacked – certainly one to watch.

The last few strawberries were picked, the hot weather meant the late variety came early, and now is the time to cut down all the old leaves and give them a feed to set them up for next year. Any runners not wanted will be cut off to avoid wasting the plants’ energy. 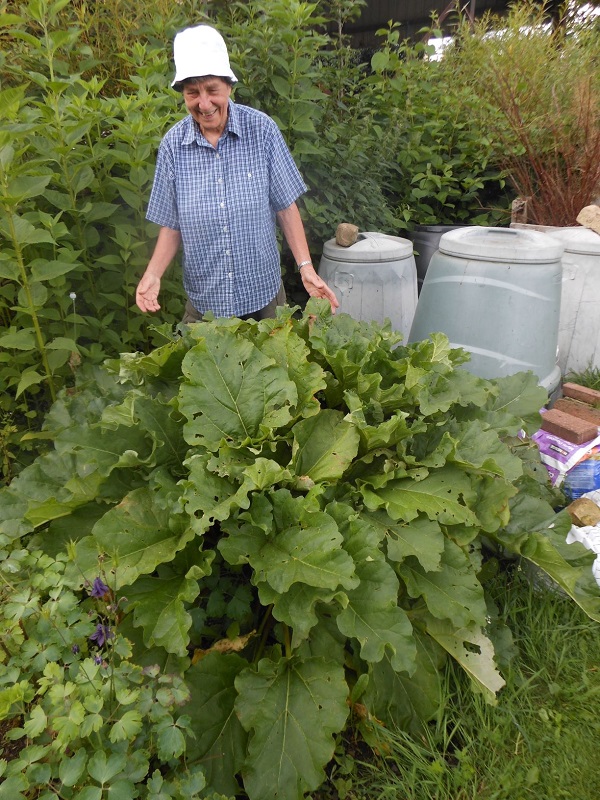 One of the rhubarb plants – supposedly a late variety but it fruits nonstop for almost every month of the year – has grown enormously this year so following the advice of George Anderson on the ‘Beechgrove’ the leaves were removed leaving only a little new growth and come the winter, the crown will be dug up and divided. 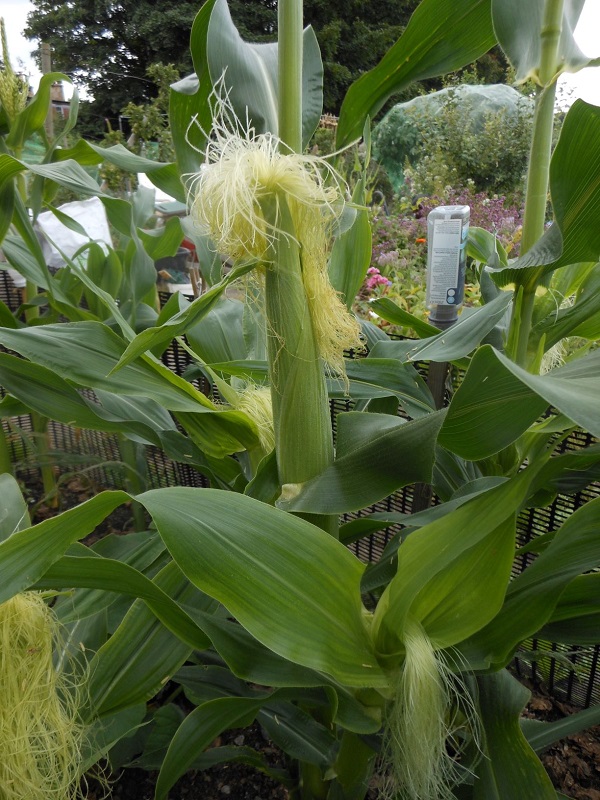 A benefit of the hot weather is the cobs on the sweetcorn are well on the way to being ready, normally it is almost September before picking. 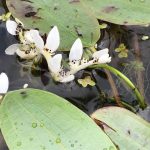 The GLiN Award – Growing in a new gardenBlog, GLiN, Grow & Learn in Nature