David trained as a horticulturist at Reading University but somehow ended up working with young people and building a career in Community Education. When he retired, he was Head of Service for Community Education with the City of Edinburgh Council. Since his retirement he has completed an HND in Horticulture with Plantsmanship at the RBGE and devoted his time to supporting The Caley and voluntary youth organisations.    In his hometown of Linlithgow, David supervised the establishment of Annett House Museum Garden and its volunteer programme. He organised the historical planting and supervised the school children who worked in the garden.

He took over the Caley study tours in 2004, organising a trip to Warwickshire. David’s last study tour was to Shropshire, Staffs and Derbyshire in 2007, although in 2011, supported by David Ferro, he organised the tour of Cornwall gardens.  He was secretary of the spring show for years and remained on the committee after he resigned the post. His organisational skills and management of volunteers were exemplary.

He was involved with Gardening Scotland from its inception in 2000 and was integral to its success. He organised the Caley volunteers from the beginning. He not only organised the judging panels with Jim Jermyn but re-arranged the judging criteria, something that other shows benefitted from. He worked closely with other bodies, including SWRI and SAFAS.

He was secretary of the Caley Education Committee for a number of years.   David worked with John Smith, initiating the Recognition of Individual Achievement in Horticulture Award for people who found mainstream learning challenging.  It grew into the widely acclaimed Grow and Learn programme and was handed over in 2006 to Margaret Teale once the successful piloting had been conducted. Today there are 48 projects with 282 individuals taking part all over Scotland.  David was involved from the very start with the Caley Demonstration Allotment in Edinburgh. Since then he has been a stalwart member, driving in from Linlithgow every week. He was also a valuable member of the Caley Council for eight years.

Finally, no Caley event which involves fundraising can do without David’s raspberry jam and wonderful scones. 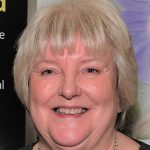 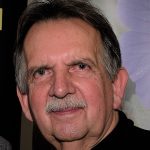