Euna was appointed Bloom Campaign Co-ordinator by Perth & Kinross Council in January 1993.  She helped to establish the local authority’s new Take a Pride in Perthshire campaign working hand-in-hand with the new voluntary Bloom Groups spending hours of her own time, advising and mentoring, supporting and directing. Her approach was very successful. There were just two committees in 1990 but that number steadily rose to 28 by 1998, with groups covering the length and breadth of Perth and Kinross.  Numerous awards for local communities quickly followed at both Scottish and UK level s. In 2011 history was made when three Perth & Kinross Communities, Comrie, Pitlochry and Perth, competed in the prestigious Champion of Champions category in Britain in Bloom.

Euna combined her full-time role with the council with that of chair and volunteer of the multi award-winning Perth in Bloom Committee. Perth in Bloom won eight Britain in Bloom Awards and two Queen Mother’s Birthday Awards under Euna’s chairmanship. In February 1998 she was a founder member of the Take a Pride in Perthshire Association. She played a vital role in the smooth running of the association for 18 consecutive years, firstly as Project Co-ordinator, then as Secretary and as the Council Representative.

She was also an active member of the Royal Horticultural Society of Perthshire, which included being elected to the role of President.

Euna is now retired, but she hasn’t hung up her gardening gloves.  She is an expert Fuchsia grower and a regular prize-winner at shows. She is currently Secretary of the Perth & District Fuchsia Society. 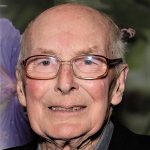