A windy day on the Caley Allotment

Thursday was a day of sun and showers, but the strong south westerlies were drying out the soil almost as soon as it was wetted!  No Mow May is giving us a fine display of daisies in the grass which some of us like.

The planting out of the more tender veg was started with the sweetcorn (Swift), squashes, and courgettes (Midnight) all put in. The squashes were planted among the sweetcorn since they seem to do well growing there. The soil had manure/compost added, they were well watered and then covered with fleece to reduce the evaporation and protect in case of low temperatures. 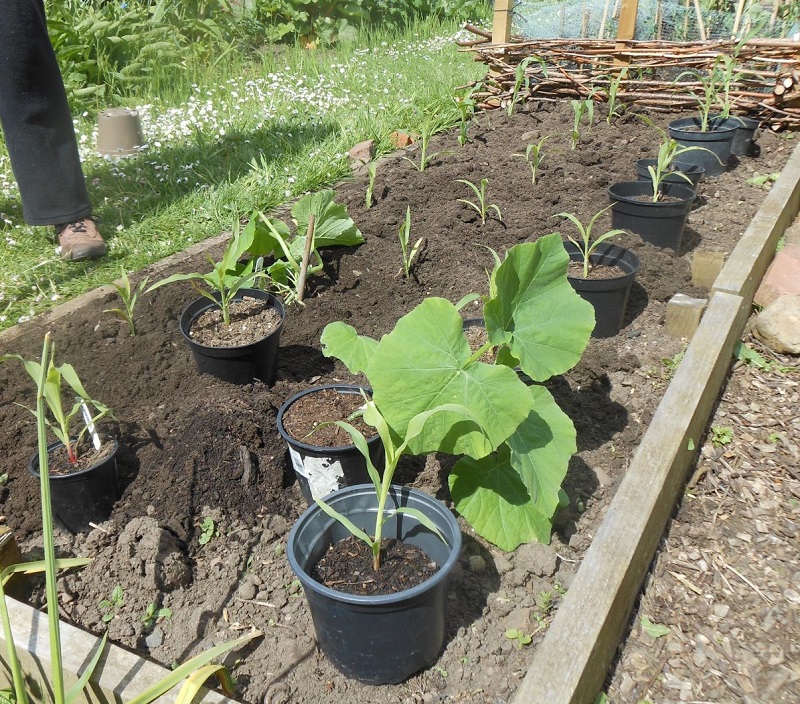 Planting out the sweetcorn and squashes

Young plants of cauliflower (Snowball) were planted out, and more peas (Oregon Sugar Pod and Sugar Snap) were put in. The peas were germinated lying on damp kitchen paper in a lidded box to give them a good start. Runner beans (Benchmaster) and dwarf French beans (The Prince) were germinated in toilet roll tubes at home and planted out in the tubes. The roots will grow through the cardboard into the soil.

The carrots in the tubs are growing well unlike those sown directly into the soil and almost all the veg sown in that bed – kohl rabi, beetroot and purple Milan turnips have had poor germination due to a probable combination of very little rain and slugs. The bed was covered with fleece to see if that helps. 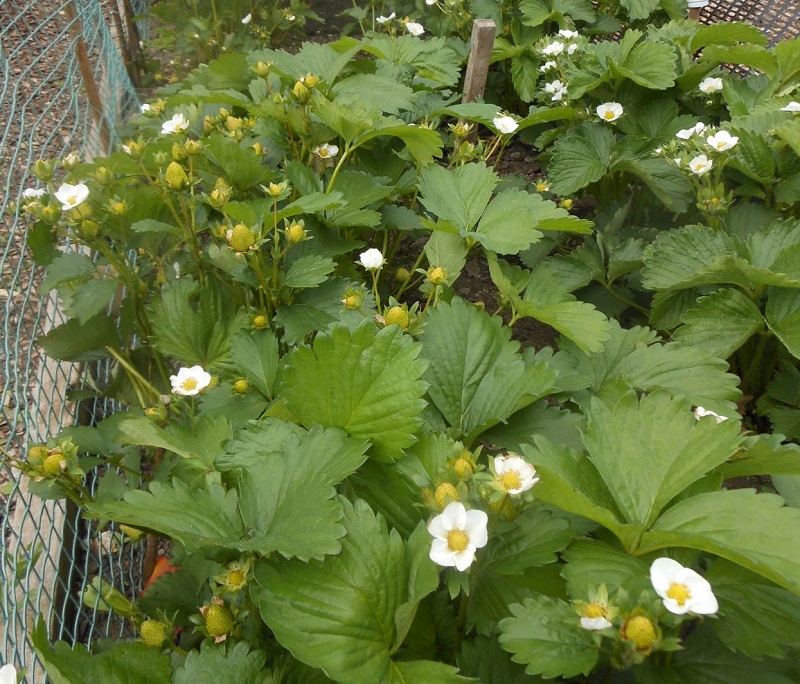 A good display of flowers on the strawberries

The hose came out and a good watering was given to most of the veg and the strawberries. All the new plantings were placed in a shallow saucer-like depression to ensure the watering went to the plant and not the surrounding soil.

Time to keep on top of weeds on the allotmentAllotment, Blog 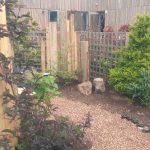 Show Garden in the making!Blog