Chilly days on the Allotment

The days are certainly becoming chillier, but we often have bright dry weather for our stints on the allotment. The broad bean pods are fattening up and are growing well. They were rather battered by the strong winds, so they had another tie put on each bean. As the Jerusalem artichokes have now died back, the stems were cut off leaving about 30cm above ground so we know where they are. Some were dug up and were a good size and the others will continue to fatten up in the ground – a good veg for the later winter months. 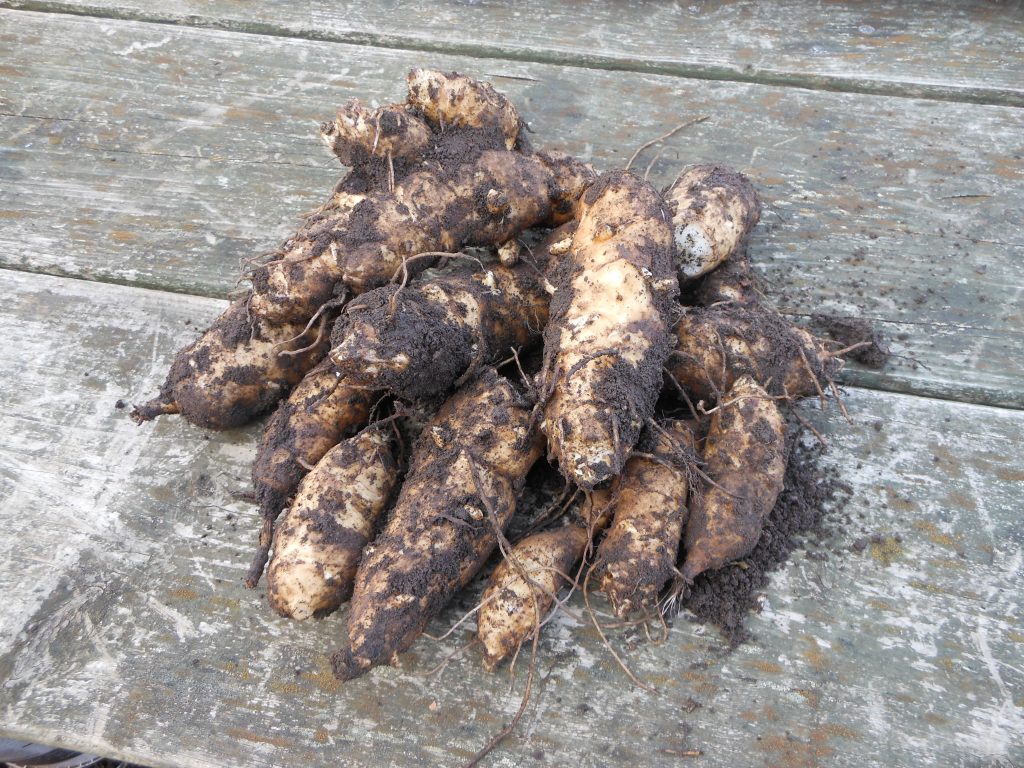 Now the weather is much colder, we can plant the garlic. The ground was prepared this week with a fork over and compost added for planting the cloves next week. Another path had a good weed and weed-suppressing fabric put down and we are still working on doing a cull of the plants growing around the edges of the plot.

A picking this week of pak choi, brussel sprouts, kale, chard, Jerusalem artichokes, leeks and we are now on the last of the Pink Fir Apple potatoes and the onions. We still have plenty of eating apples.

Jobs for this week 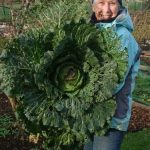 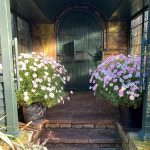 Tales from the Garden – November at RedcroftAnna Buxton, Blog