If you have been in Saughton Park over the last week, you will hopefully have spotted something new in the Caley Demonstration Garden. We have made one of our raised beds into a crevice garden. 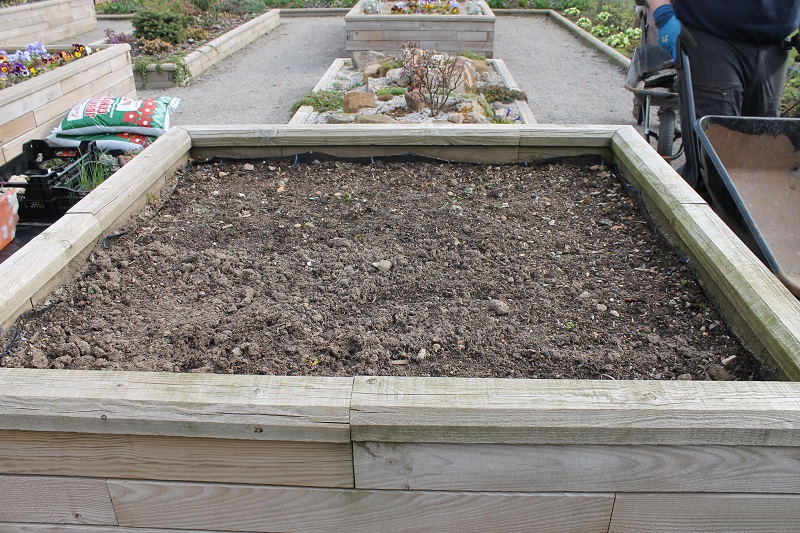 A crevice garden is a form of rock garden that uses the crevices between rocks to mimic the conditions that some rock-loving plants need. They are often built on a raised mound as our one is and the planting areas in the crevices can offer a range of microclimates depending on the needs of the plants.  Building on a slope or a mound allows for good drainage, which means that the plants don’t end up sitting in a puddle of water – something that this type of plant hates. 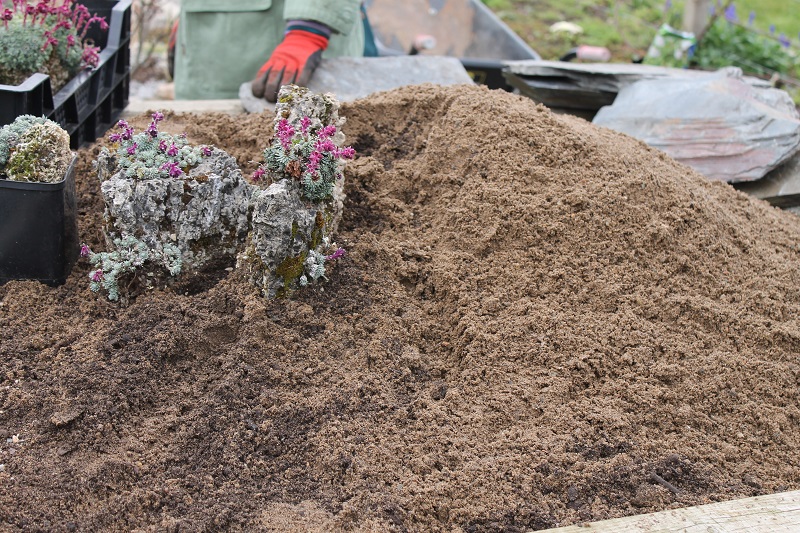 The crevices encourage the roots downwards where soil moisture and temperature is more consistent and topdressing with gravel means that the tops of the plants stay dry.

The fantastic Ian Christie came to Saughton along with his wife Anne, to offer his knowledge and expertise in building this type of garden.  He also brought lots and lots of plants! 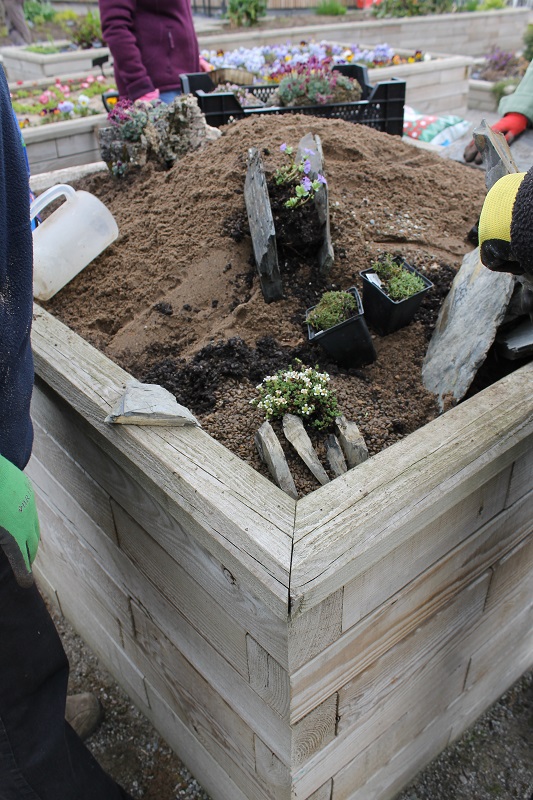 We started by mixing some John Innes compost with some sharp sand until we had a consistency that Ian liked (it was about half & half) and set about creating a mound in the raised bed. 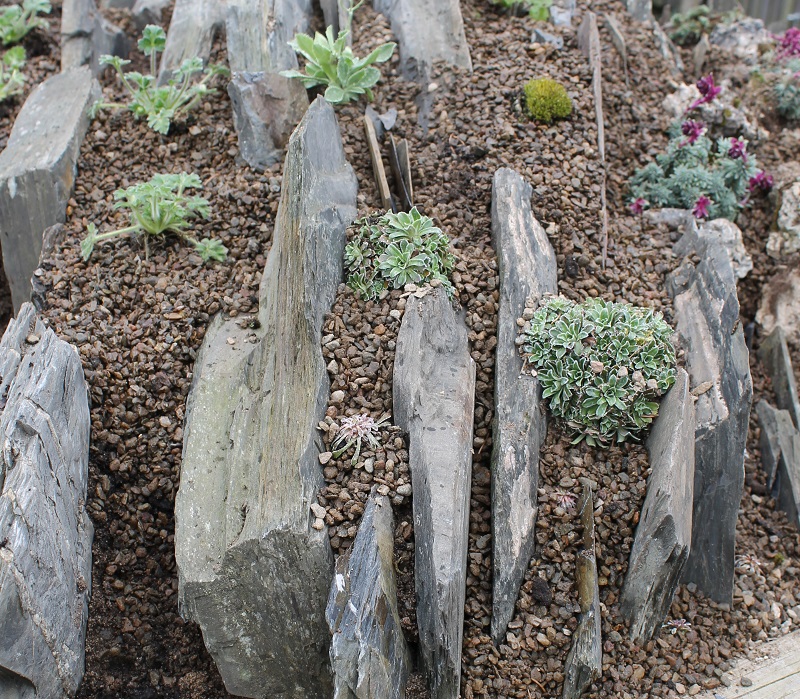 Once that was done, it was time to start adding in the rocks.  We used slate (sourced by Pam Whittle) to create the crevices. Ian also brought with him some marlstone which already had some saxifrages growing on them to add into the mix. A crevice garden is constructed with rocks covering at least half of its surface and I think that ours achieves this. 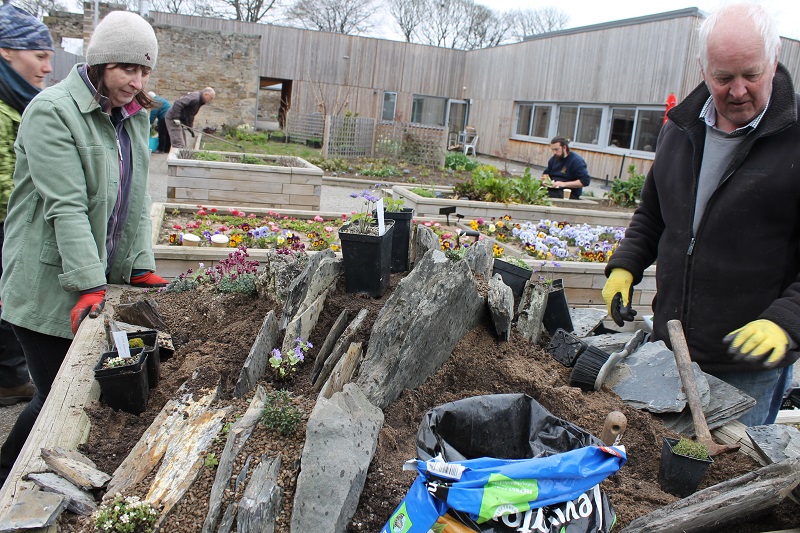 Once some of the crevices were in places, it was time to start adding the plants.  Ian’s knowledge of the plants growth and habit were invaluable here, ensuring that each plant was placed correctly.  It was temping to add in more plants than were actually needed, but this would have meant that the plants would have been overcrowded once they start to grow. 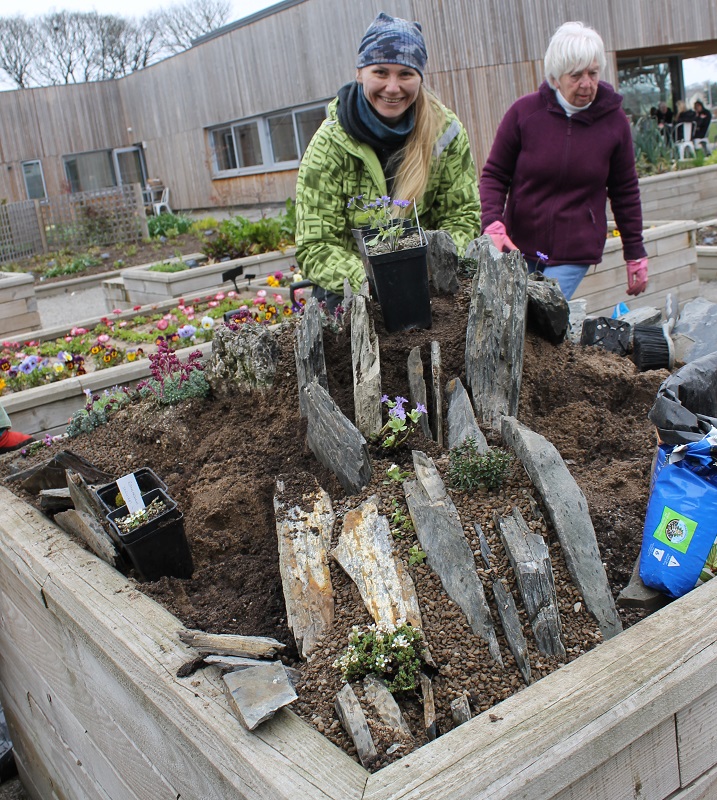 Once the building and the planting was completed, the entire crevice garden was top dressed using gravel.  Having the crevice garden in a raised bed means that you can get a good view of the beautiful plants without bending down, something we hope some of our less able visitors will appreciate. 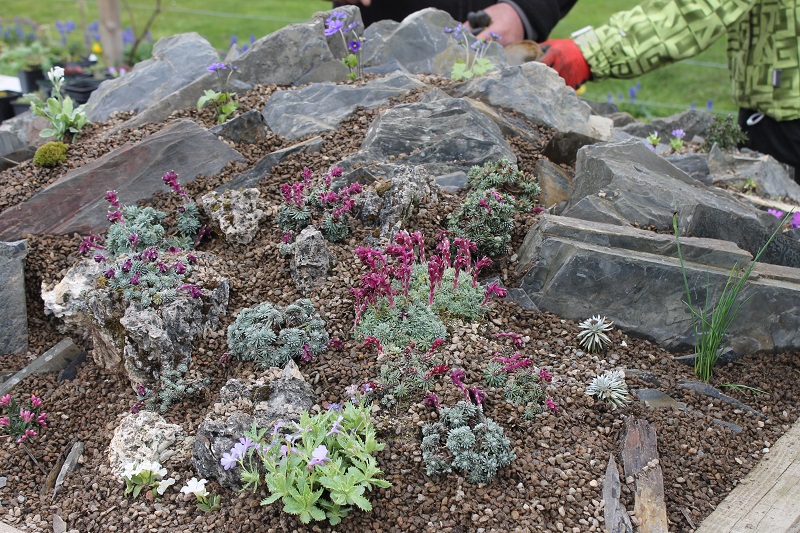 A massive thank you to Ian, Anne and all of the Caley Team who helped out on the build.  I think it is a great addition to the Caley Demonstration Garden and will hopefully give you some inspiration for your own garden as I hope the other beds within the garden already do. 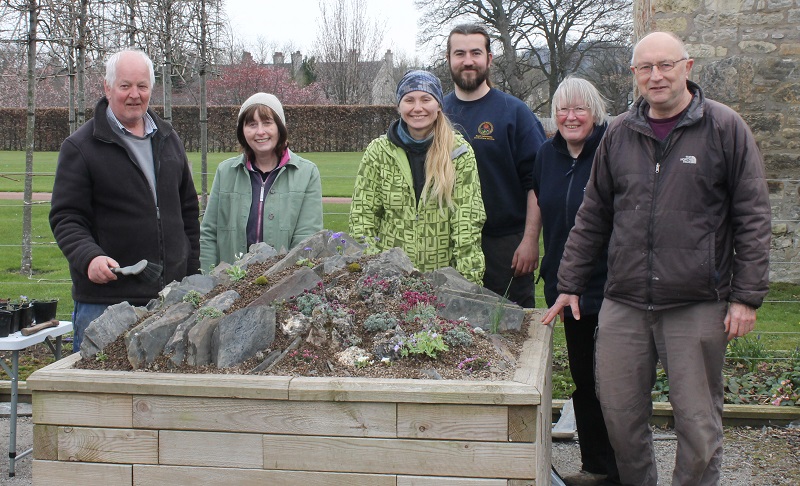 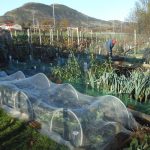 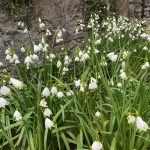 Tales from the Garden – Spring in full flow at RedcroftAnna Buxton, Blog