Are you watching the Caley talks on a small screen?

Last week Pam and Richard watched the brilliant talk by Richard Green ‘China and Beyond’ on their television rather than the computer as they wanted to enjoy the pictures on a bigger screen. Some of the pictures were stunning so it was well worth it.Some, but not all, of you will realise how straightforward it is to connect your a laptop to the television, but as we are planning to do even more talks on-line – or live streaming some talks when we can again meet up , why not check out if this is something you can do.

Pam says: “Some people may have fancy systems but we don’t, we just use a laptop and the television. The television is not a new one but it is a SMART TV which simply means it has built in internet capabilities. HDMI socket on the laptop HDMI socket on the television

Then, with the television and laptop both switched on, select the correct channel on your television with your controller and the image on your computer should appear on your screen.  You still use the lap to navigate”.

Why not check out the members area of the web-site and try one of the previous talks, the talk from Richard Green is available now.  Don’t be impatient though – the talks are big files and can take a while to download. 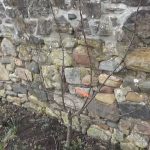 It isn’t too late to prune your applesapples, Blog, George Anderson, Uncategorized 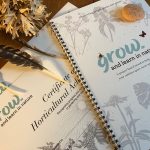