There was no report from the last week as it was a day of drenching rain, so the bright clear skies yesterday were doubly welcome. Last Sunday was the day of the FEDAGA show for Edinburgh allotments and gardens and the allotment team put in some entries which won prizes! Considering the poor weather this summer, there was a good array of exhibits and the competition for coming as scarecrows was great fun. 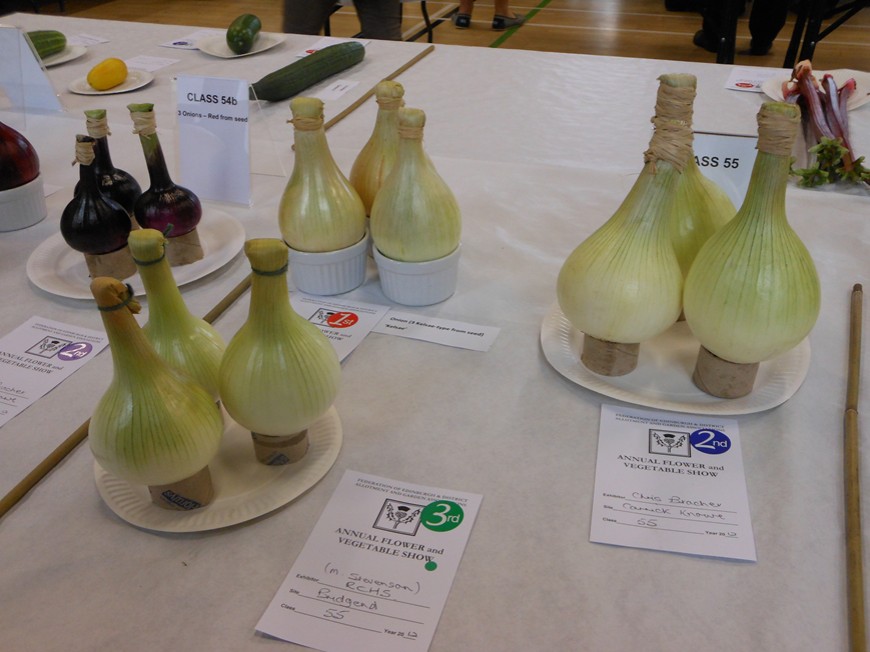 The storm earlier this week had not caused any damage apart from blowing down some of the runner bean supports so these were taken up and the plants added to the compost heap. The courgettes and marrows have now stopped fruiting so these also went on the compost heap along with the squash from which we had 2 small fruits – better than nothing! The loganberry had its autumn pruning with this year’s fruiting canes cut off at base and the new shoots which will give the fruit next year, spread out and tied in to the supporting wires. The autumn raspberries were finally staked so the fruit should get more light and sunshine and perhaps ripen more quickly than it is doing at the moment.

Jobs for next week: Replace the felt on the shed roof – bring a ladder. Continue with autumn clearing and digging