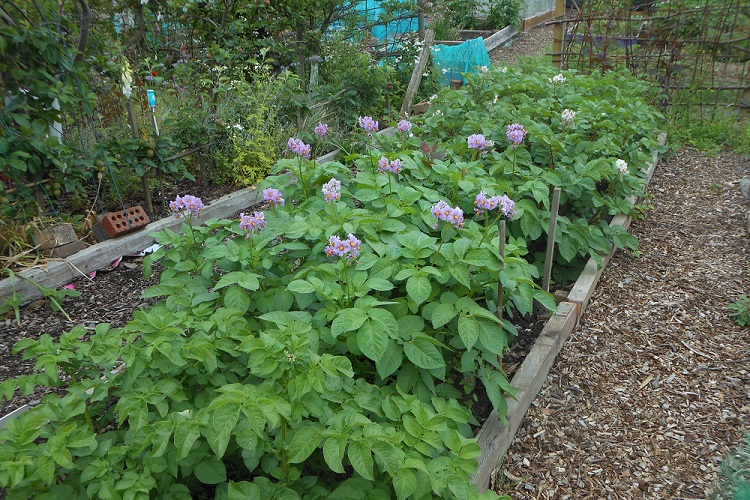 The rain and warm temperatures of the past days have brought on some plants particularly well, such as the courgettes and sweetcorn, but the purple Milan turnips have gone to seed. The dry weather earlier in the season won’t have helped with this.

The remainder of the soft fruit was netted today, including putting up the netting over the fruit cage. It normally seems to be a windy day when we do this, but today we didn’t have that problem and the netting unrolled like a dream. The redcurrants were starting to be stripped by the birds and the blackbird had found the raspberries so it was definitely time it was done. 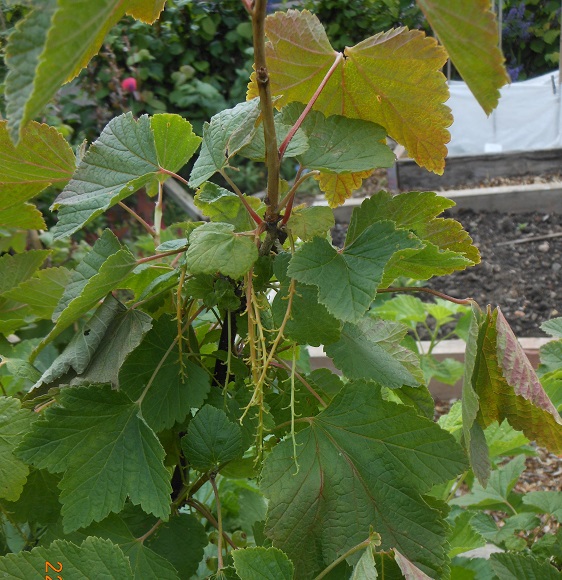 Did some succession sowing of carrots by putting in another two rows of ‘Sugarsnax’ and filled in the gaps of the previous rows, and we also sowed more of the dwarf French beans. The remainder of the winter brassicas were planted out and it was good to see that the leeks were looking better and standing upright.

It was time to lift the shallots – sow on the shortest day, lift on the longest. There was a good crop and hopefully some good enough for entering in the Dalkeith show. These will now be dried off in a sunny place. 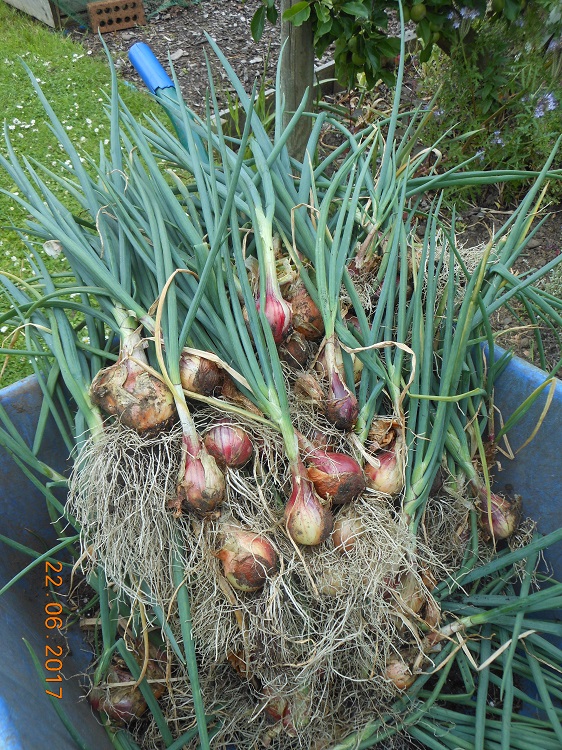 We are beginning to crop other veg and fruit; the broad beans are at their best being small and tender, the warm dry weather is giving good strawberry pickings and the salad crops are ready too. And we still have plenty of rhubarb.

A couple of weeks ago we did a trial planting of the squashes and a courgette on the dung heap to see how the heat would help plant growth. A large hole was dug out and filled with soil to protect the roots from the dung but the plants were looking poorly so we took them out and planted them elsewhere. The growing conditions were probably too rich, especially since the dung was only a few months old.

Even though there has been some rain, there has not been enough and we need to keep watering.  Fruit and veg are mostly water and they need to be kept growing and fruiting.  Newly planted bushes especially need to be kept well-watered for the first year.

Nip out the tops of the broad beans.
Sow green manure where shallots have been lifted.
Weed comfrey bed and elsewhere.
Keep the hoe going.
Watering! 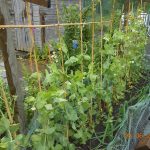 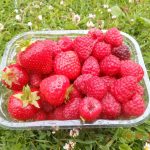 A rainy day at the AllotmentAllotment, Plants for Scotland