Somewhere the sun is shining.

After the dull cold days of the past week the sun is now shining on the pot of Corydalis ‘Beth Evans’ in George’s Garden. 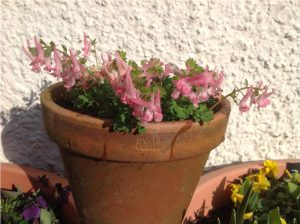 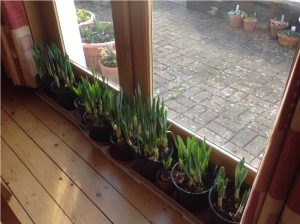 The pots of Caley bulbs that George brought into the warmth of his living room on Monday have been returned to the glasshouse and been replaced by a new batch of pots.

The Caley pots have shot up in the past two days and it is amazing to see the amount of growth they have put on in such a short time.

The Hyacinths have developed well and as well as putting on leaf extension growth the flower buds have fattened up considerably. Look at the marker George put in the pot on Monday. 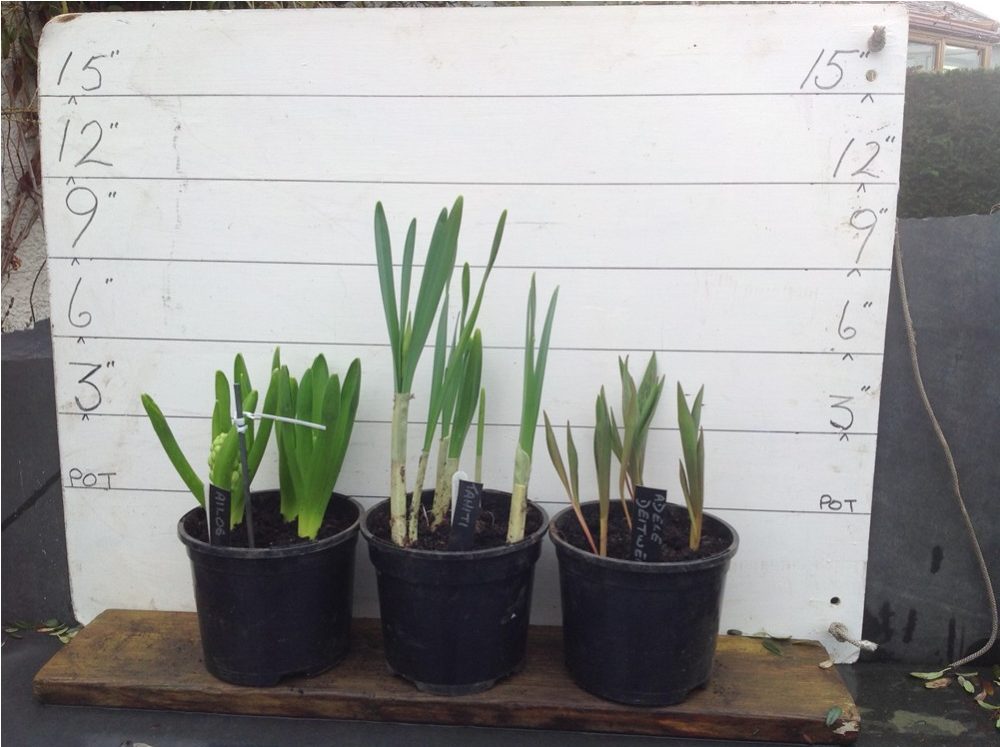 The pot of Viking on the left has well developed flower buds and the marker in the pot of Pink Smiles shows just how much growth it has made in the past 48 hours in the warmth. Interestingly much of the growth seems to be made at night. 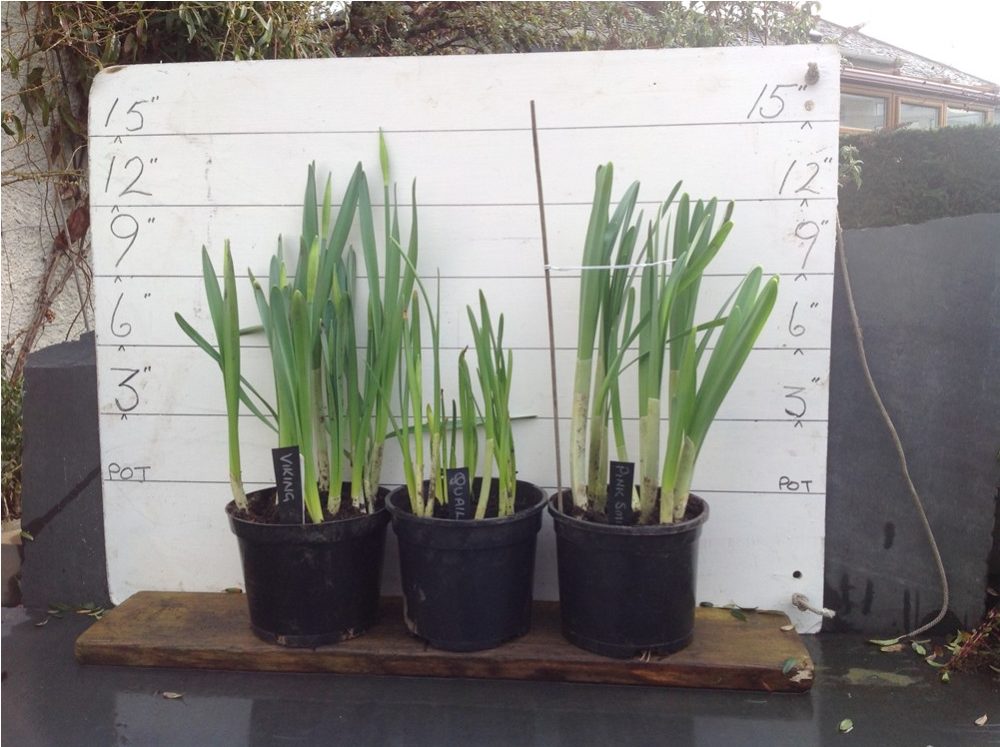 George is now thinking of watering his pots for the first time since they were lifted from the plunge back in late January. 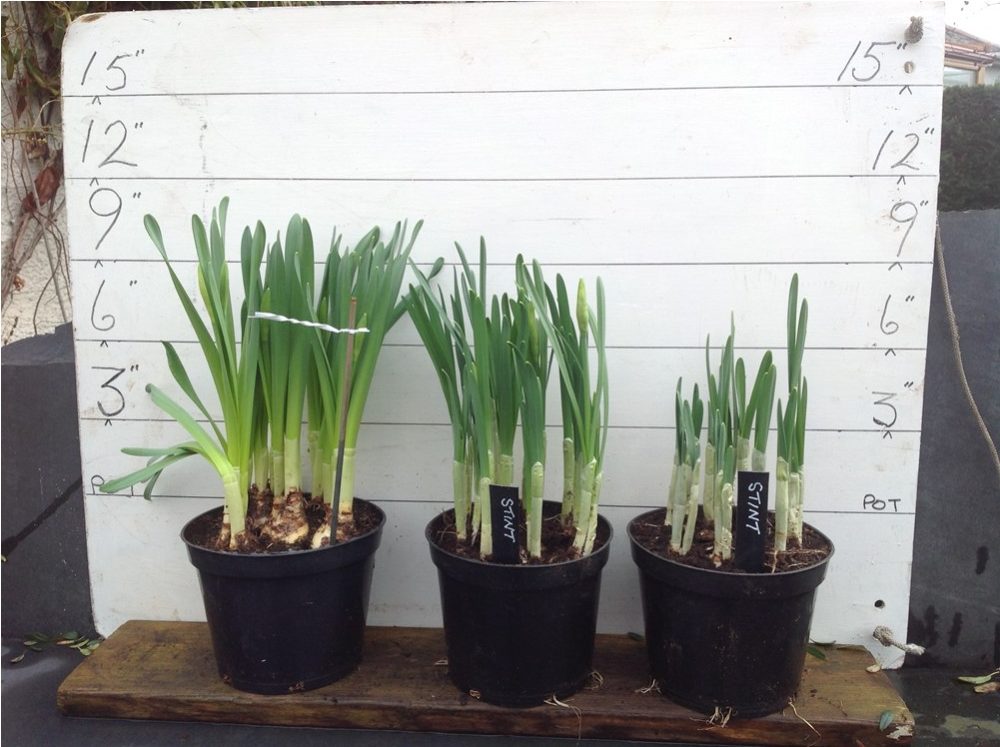 The pot of George’s own bulbs that he put the marker in on Monday shows good growth and his two pots of Stint show the benefit that a little warmth can bring. One pot has been inside for 48hours while the other has been outside in the cold glasshouse.

It is important not to force the pots too much as they get too tall and leggy and so George has moved the most advanced pots from the warm living room back out into the cold glasshouse. 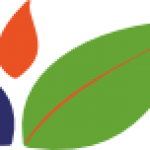 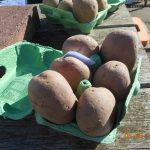